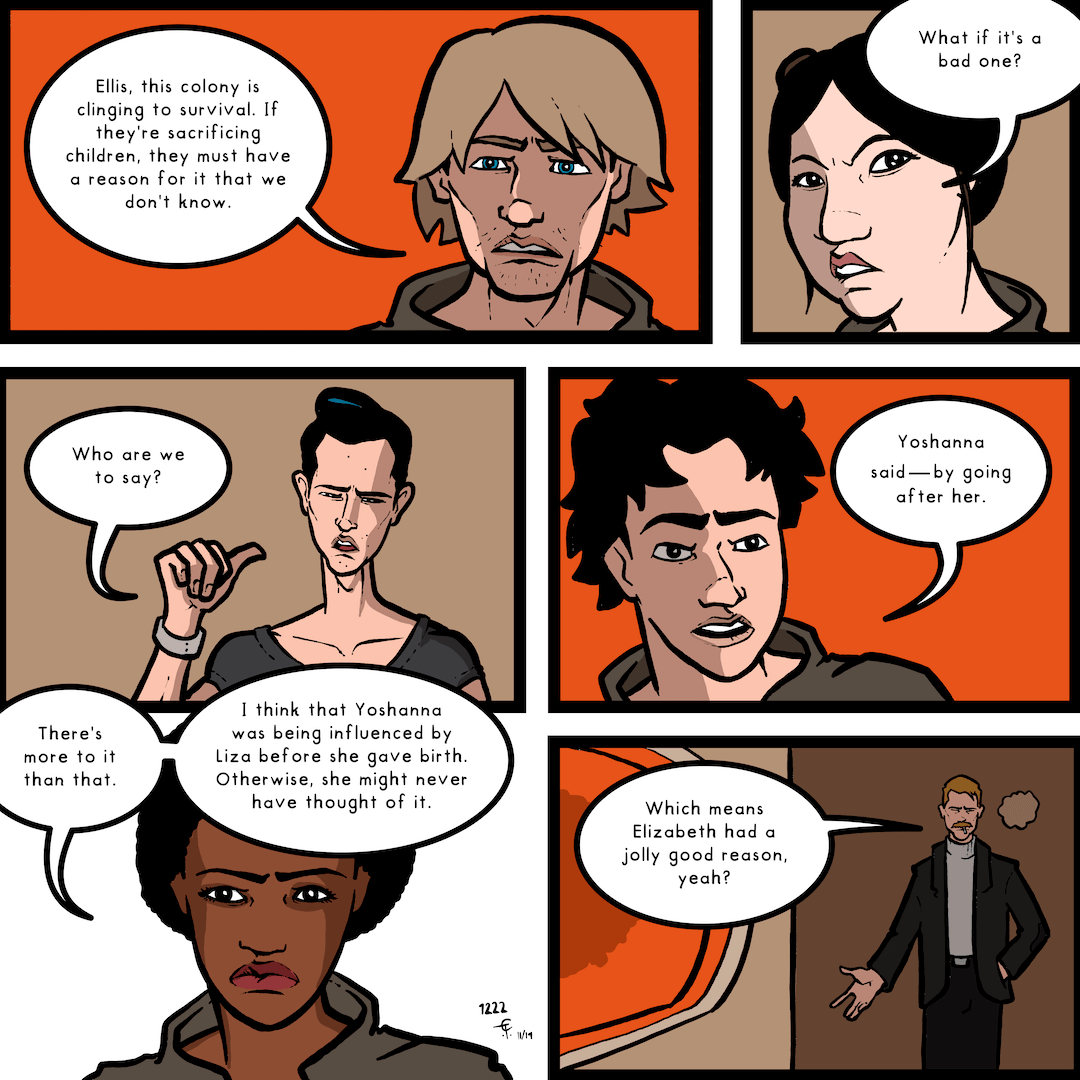 YORK: Ellis, this colony is clinging to survival. If they’re sacrificing children, they must have a reason for it that we don’t know.
ELLIS: What if it’s a bad one?
DENVER: Who are we to say?
LAZARUS: Yoshanna said—by going after her.
MINNE: There’s more to it than that. I think that Yoshanna was being influenced by Liza before she gave birth. Otherwise, she might never have thought of it.
LAMONT: Which means Elizabeth had a jolly good reason, yeah?