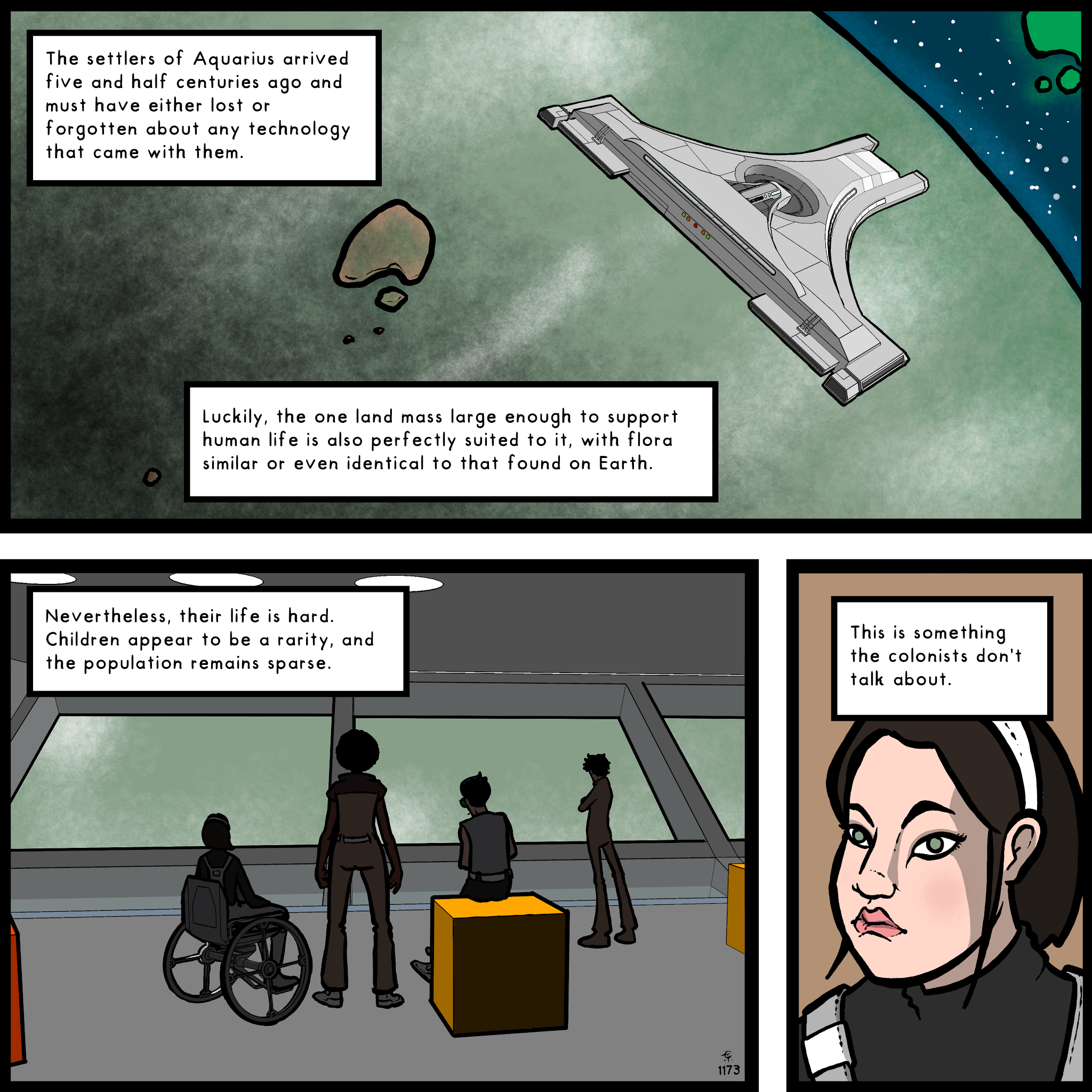 CAPTION: The settlers of Aquarius arrived five and half centuries ago and must have either lost or forgotten about any technology that came with them.

CAPTION: Luckily, the one land mass large enough to support human life is also perfectly suited to it, with flora similar or even identical to that found on Earth.

Ellis, Minne, Denver and Lazarus look out the window of the observation lounge.

CAPTION: Nevertheless, their life is hard. Children appear to be a rarity, and the population remains sparse.

CAPTION: This is something the colonists don’t talk about.