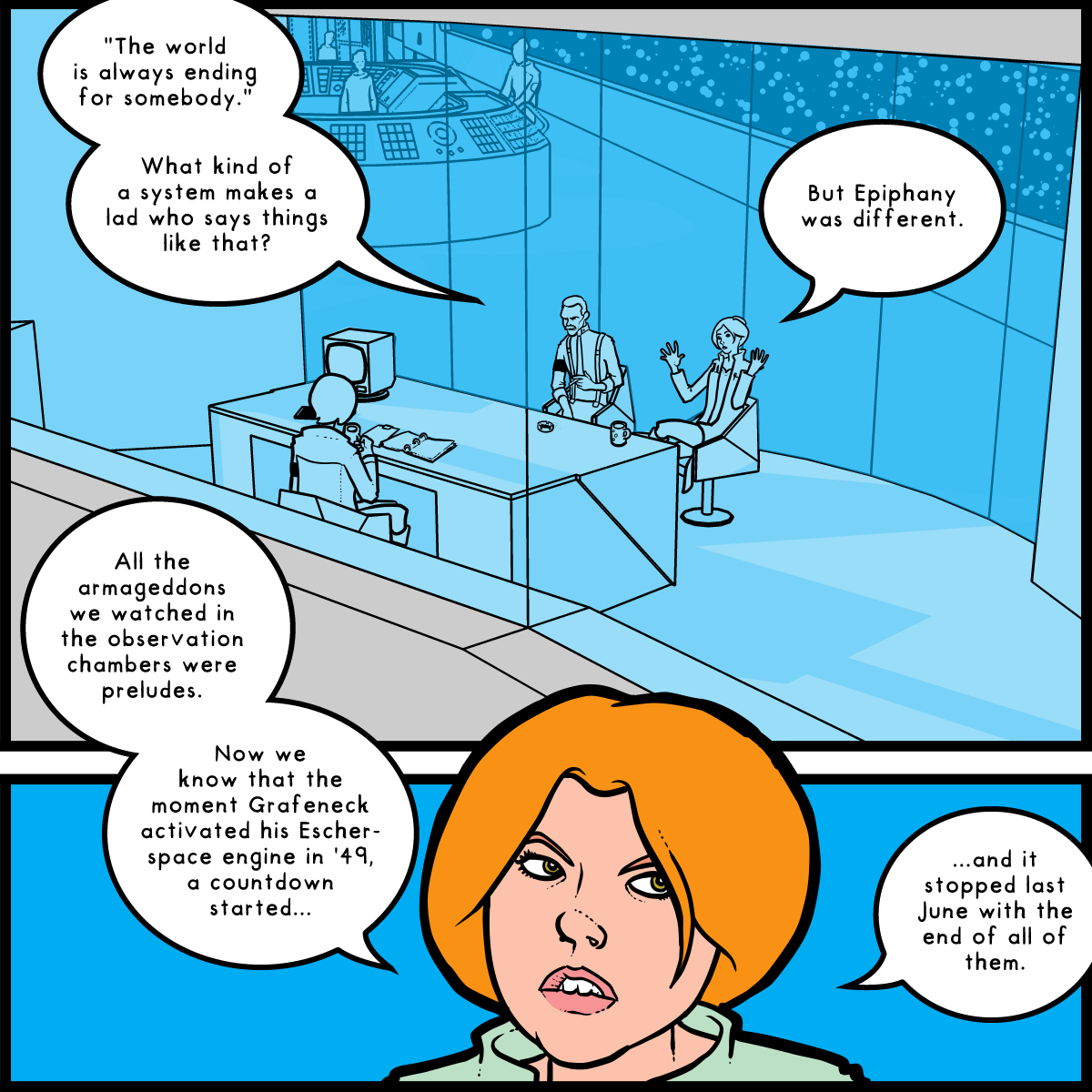 PANEL: Amila, Lamont and Rosemary sit in Amila’s office, seen through the window of the command deck.

LAMONT: “The world is always ending for somebody.” What kind of a system makes a lad who says things like that?

ROSEMARY: But Epiphany was different. All the armageddons we watched in the observation chambers were preludes. Now we know that the moment Grafeneck activated his Escherspace engine in ’49, a countdown started … and stopped last June with the end of all of them.