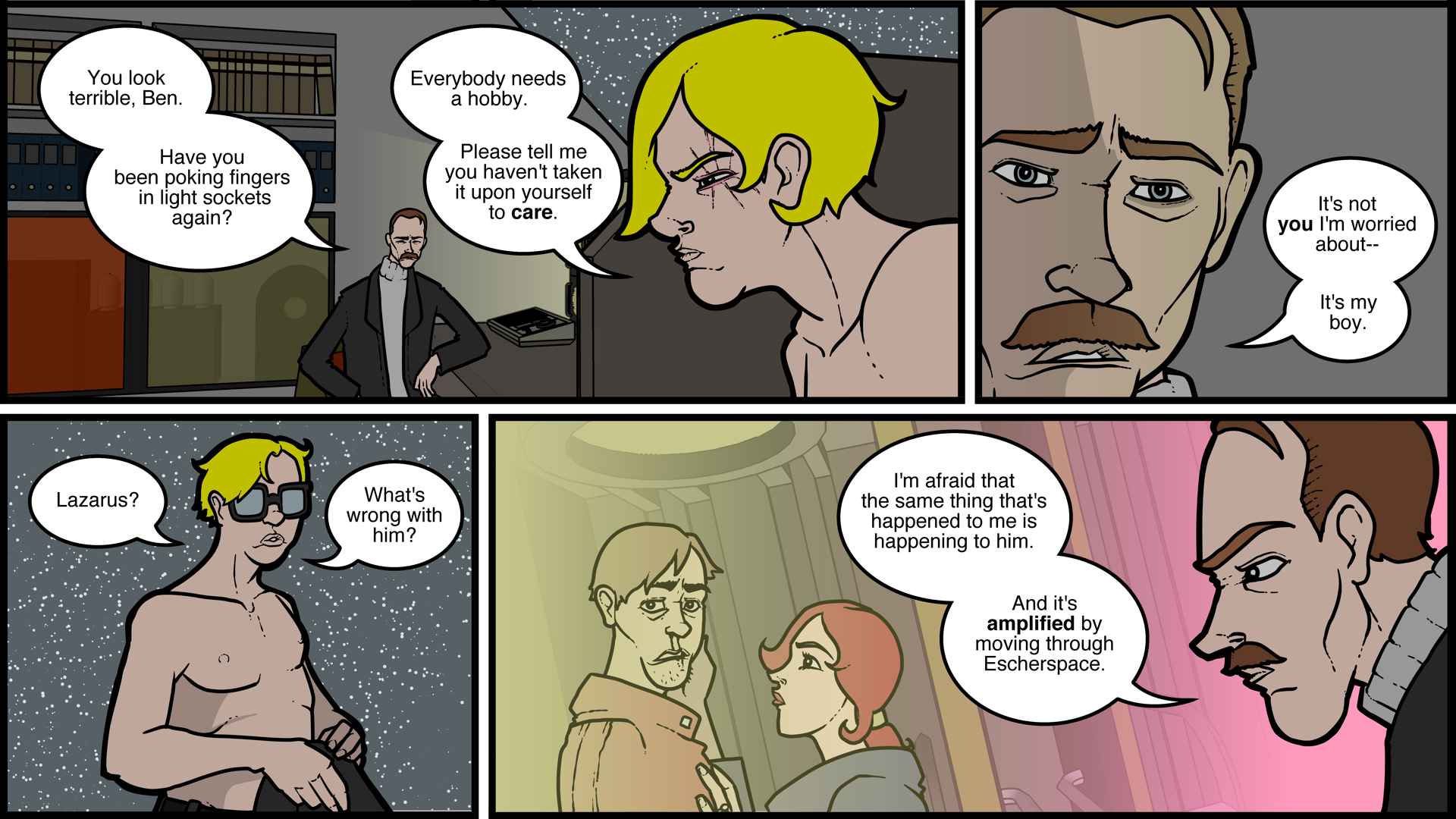 The final panel references the surprise Escherspace jump that took place just at the end of Episode Two and that seemed to facilitate the solidification of some of his memories. Lamont has suspected that Escherspace played a role in jarring loose his memories ever since he learned of its nature in Episode Five. -e

LAMONT: You look terrible, Ben. Have you been poking fingers in light sockets again?
BEN: Everybody needs a hobby. Please tell me you haven’t taken it upon yourself to care.
LAMONT: It’s not you I’m worried about, it’s my boy.
BEN: Lazarus? What’s wrong with him?
LAMONT: I’m afraid that the same thing that’s happened to me is happening to him. And it’s amplified by moving through Escherspace.