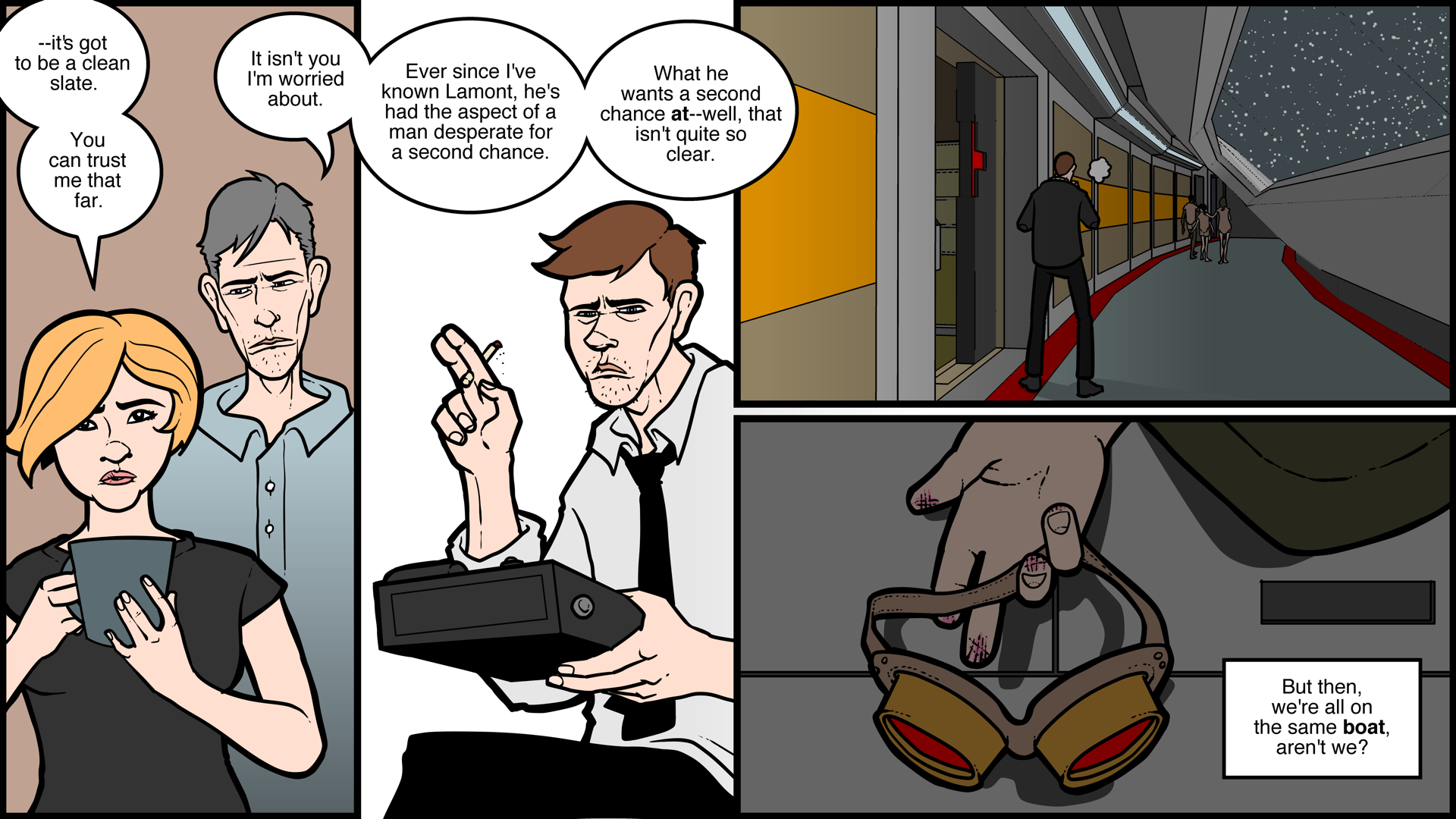 Francis and Rosemary have had a rocky relationship. But despite the hidden pasts, flagrant lies, conspiracies and occasional arrests, they seem determined to make a solid go of it. But with experience comes maturity; after all, Rosemary did sort of rob the cradle. -e

ROSEMARY: –It’s got to be a clean slate. You can trust me that far.
FRANCIS: It isn’t you I’m worried about. Ever since I’ve known Lamont, he’s had the aspect of a man desperate for a second chance. What he wants a second chance at–well, that isn’t quite so clear. But then, we’re all on the same boat, aren’t we?