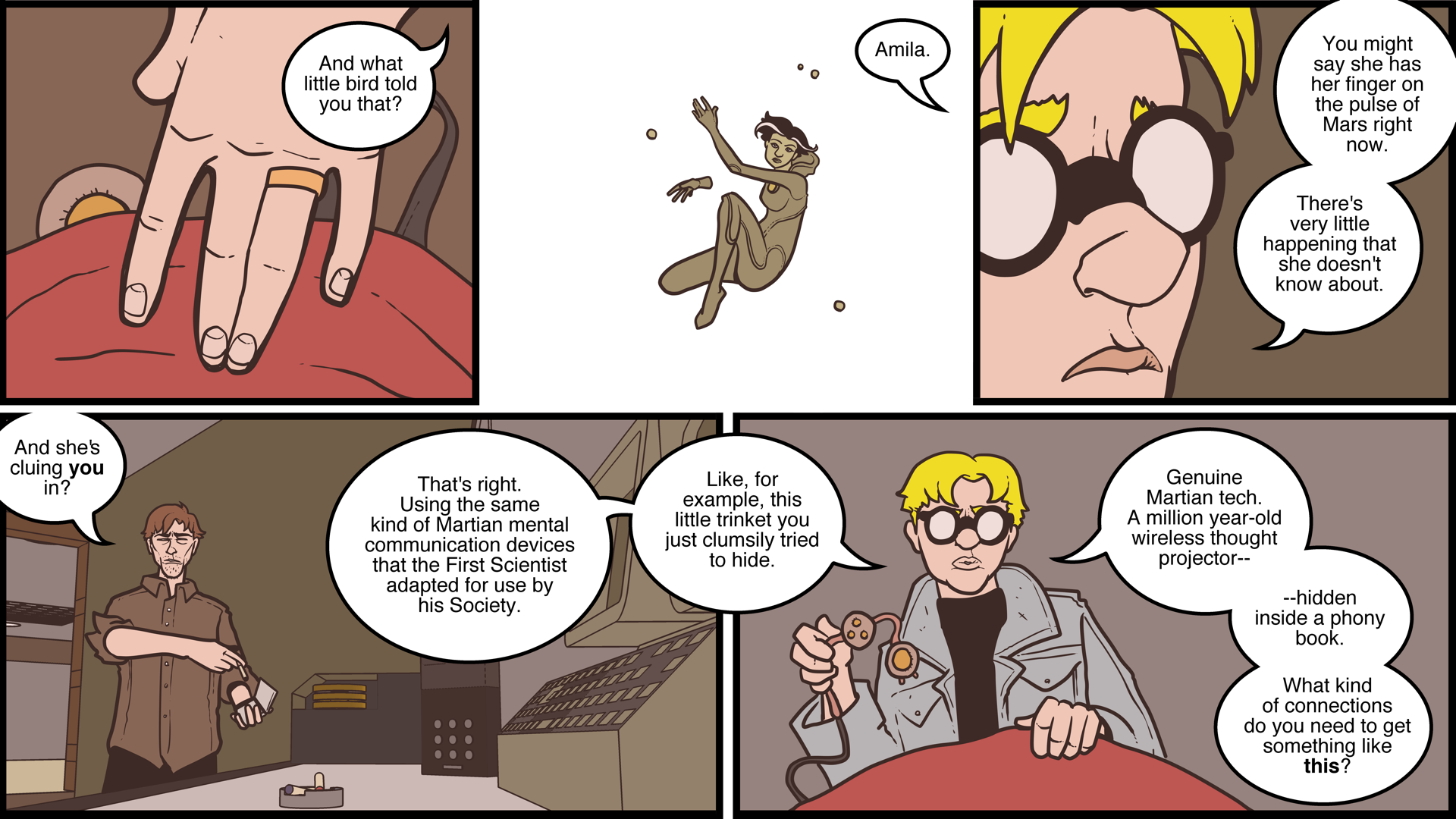 At this time, Amila Santana, Westward’s Chief of Operations, had followed the body of the Martian Phobos into proverbial womb of his home planet. Not long afterward, she appeared to Ben as a holographic image, warning him against the continued use of Escherspace. That same holographic technology, smuggled to Lamont by his old friend Anka, allowed the reporter to make contact with his estranged wife, Elizabeth–now a member of the Scientific Society on Mars. -e