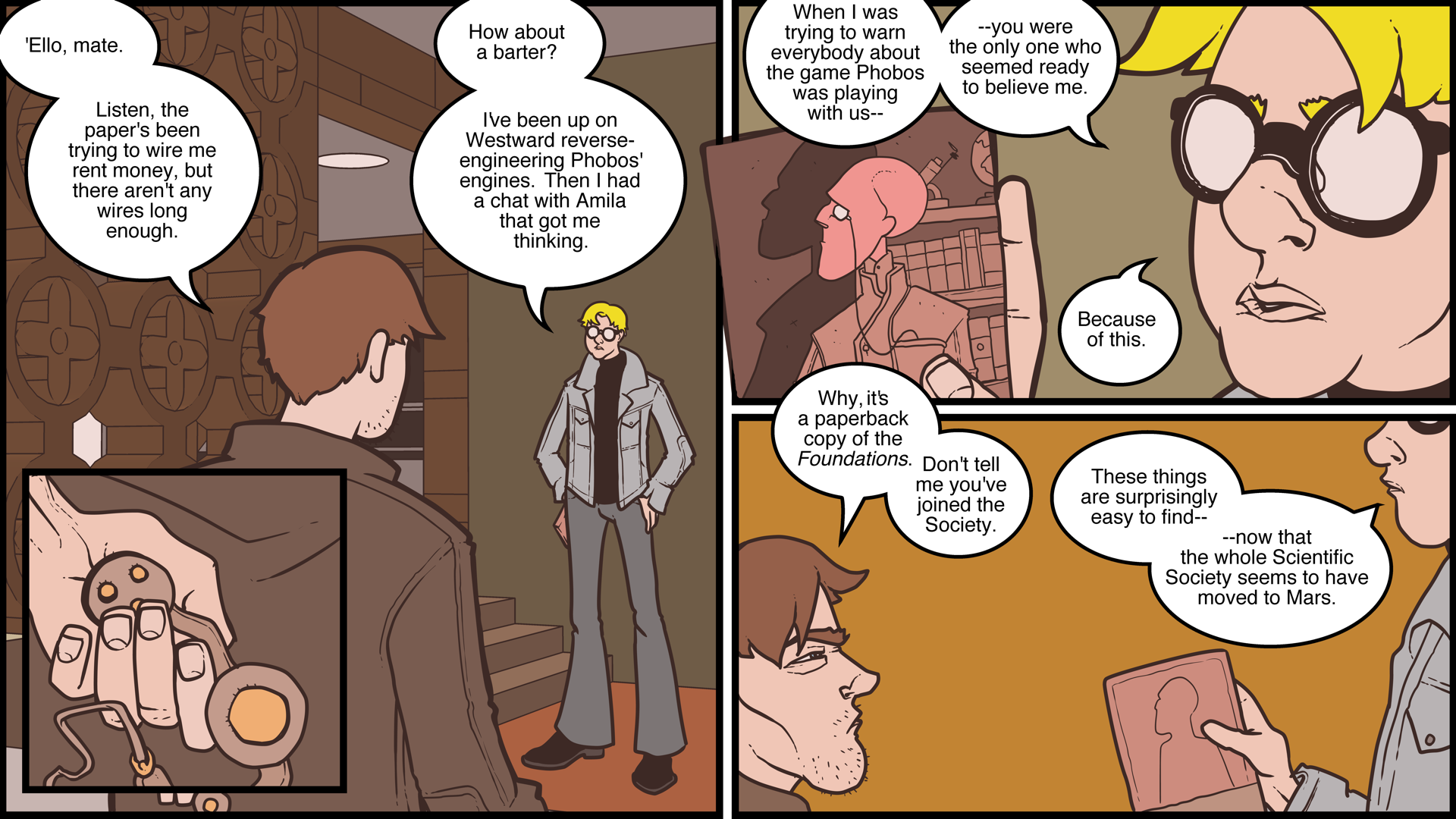 In Episode Six, everything converged on Mars. Westward was redirected to the Red Planet after the crew discovered that something about their journey through Escherspace had made Earth inaccessible to them; they had been dislodged from their home planet’s unique and mysterious dimensional matrix. This anomaly did not apply to Mars, which had recently received an influx of colonists from Earth–an exodus facilitated by Ben Schultz’s powerful father in response to portents of a forthcoming apocalyptic event on earth. The prehistoric artificial caverns of Mars are now populated by perhaps millions of people, including the entirety of the previously sub-aquatic Scientific Society. -e