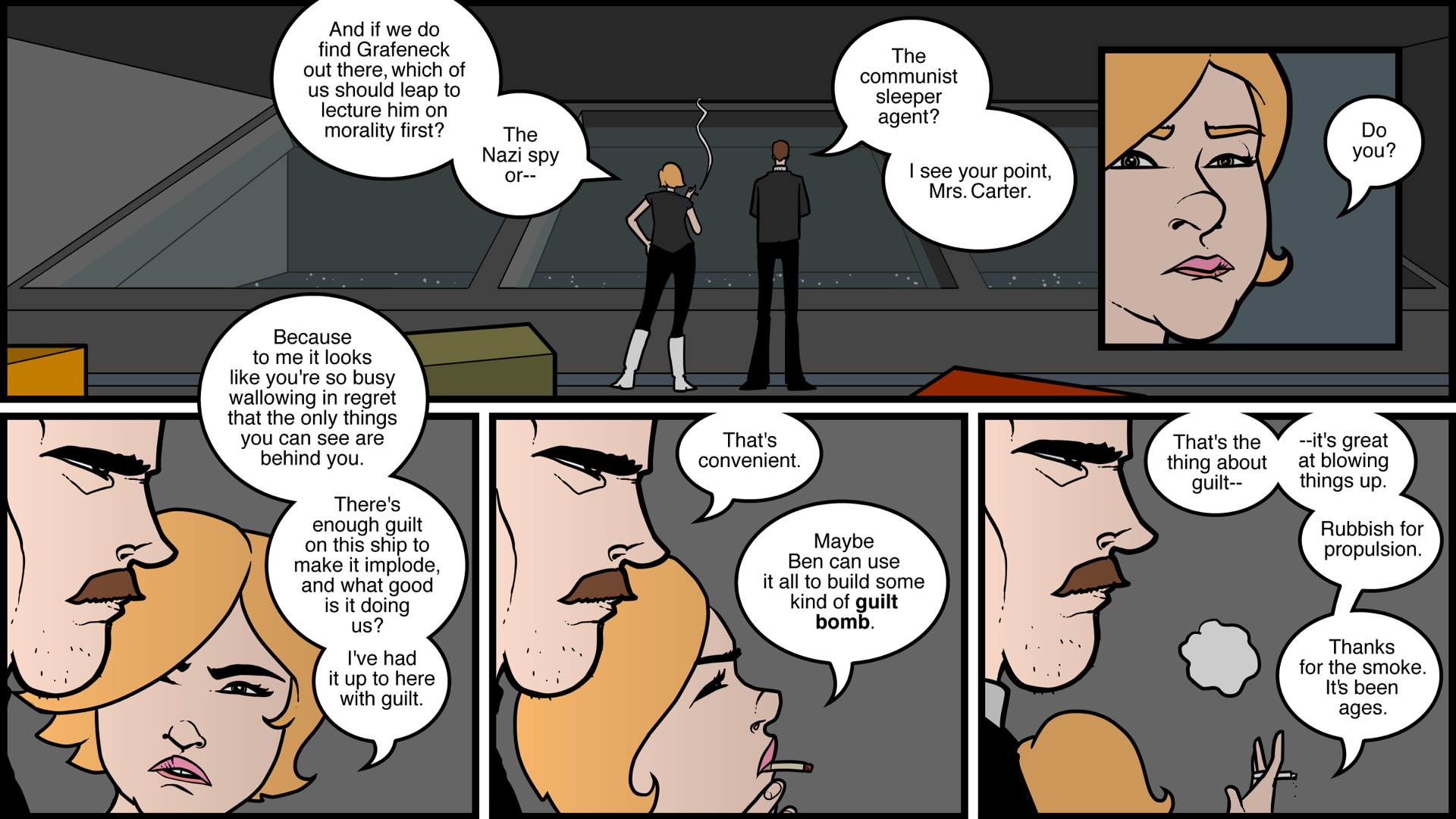 Rosemary is using a little bit of hyperbole. Technically, she isn’t a Nazi spy–but she assumed the identity of a Gestapo agent back in 1948 to track down the Nazi scientist who created her. And technically, Lamont isn’t a communist sleeper agent. He was an agent of the Scientific Society, a secret organization with fairly socialistic overtones–and for a long time that fact was missing from his memory. But the point remains: Both came aboard Westward with enough secrets for several lifetimes.