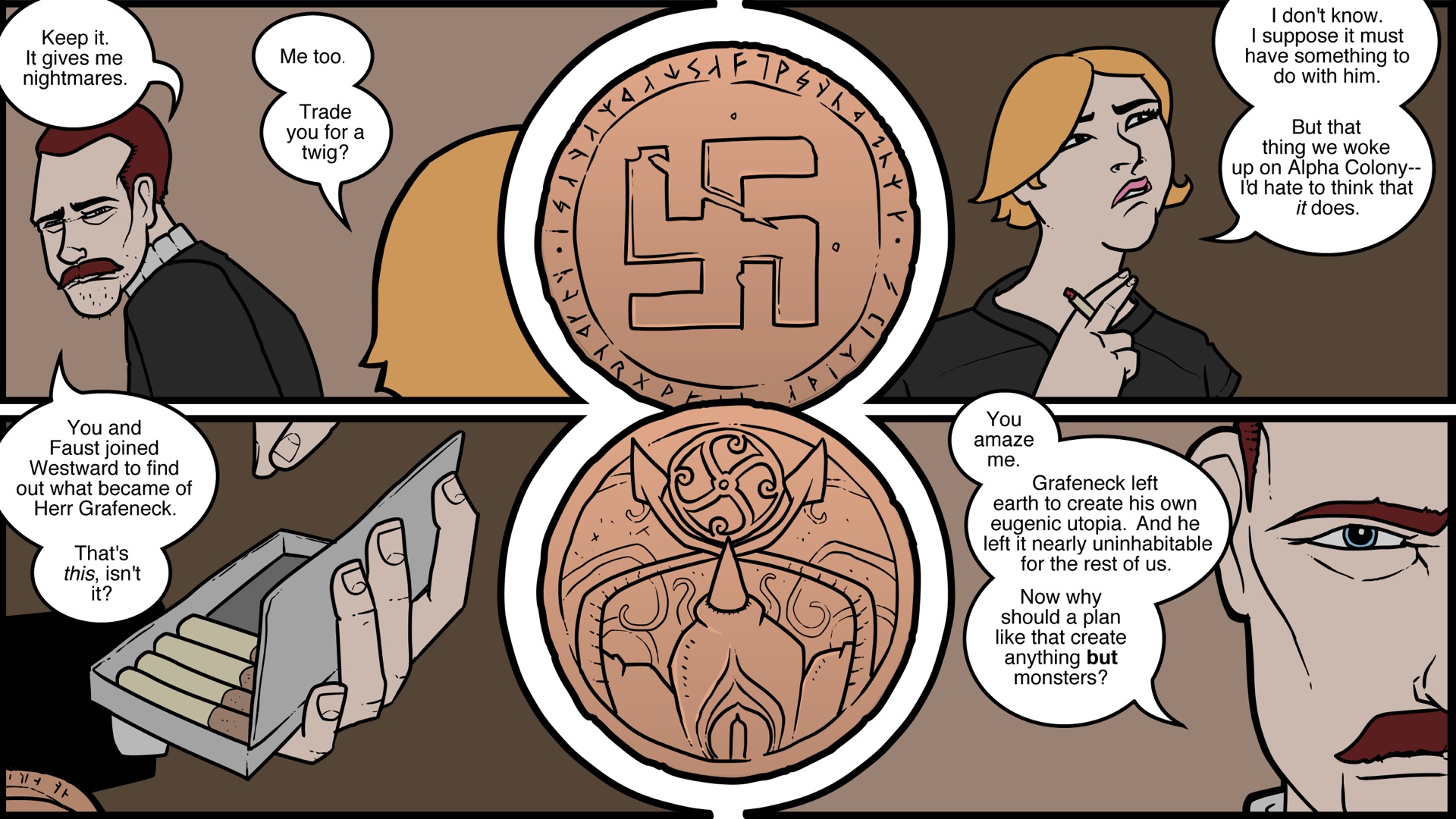 Lamont and Rosemary cover a lot of ground in this strip, so let me explain. No, that would take too long; let me sum up: Westward takes place largely in an alternate universe in which life on Earth was nearly wiped out in 1949, in the Epiphany Event. Rosemary is one of only a few people, who knew the cause of the event: Nazi scientist Viktor Grafeneck’s attempt to plant the seeds of a new genetically superior master race. As, apparently, one of the prototypes of this new race, Rosemary has spent the last fifty years in a search for Grafeneck that ultimately brought her to Westward. That’s a very brief summary; the best way to really understand all the dynamics at play is to start at the beginning.

If you’re new to Westward and the thought of catching up through well over 1,000 comic strips is daunting, imagine what it’s like to produce them! Each strip represents at least three hours of work, not to mention countless more developing 3D models and other supporting elements. How is such an epic undertaking possible? It isn’t, without your help! If you’d like to see Westward continue, please join in supporting this project by becoming a patron. There are some cool perks to patronage too, but I know you’re too noble to base your decision on those. Thanks, Pioneers! -e