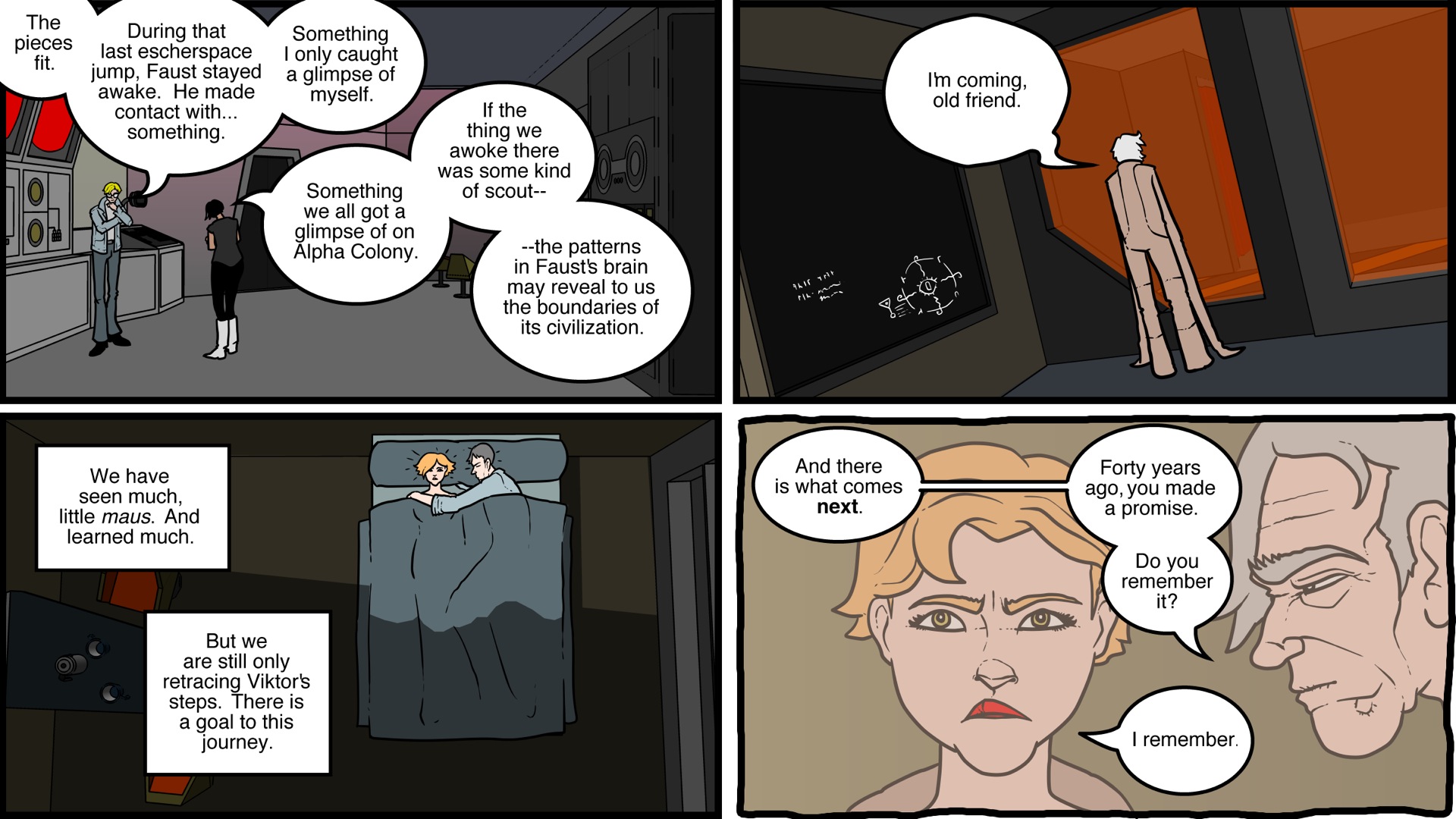 When the six “Unmentionables” of Westward’s senior staff made their last Escherspace jump without normalization, Milo Faust took the additional step of not being sedated either. This placed him in a similar situation as Ben Schultz, who was initiating the jump. Both came into contact with something strange and terrifying–something that Faust seemed to recognize as being related to Viktor Grafeneck, for whom he was searching. While Ben was pulled out of danger by Phobos, Milo was left to his own devices and, according to the alien entity using him as a host, lost his mind as a result of the encounter. Here, Schultz and Santana seem to have accurately predicted that his madness may be at least partially the result of a tragic but useful information overload. -e