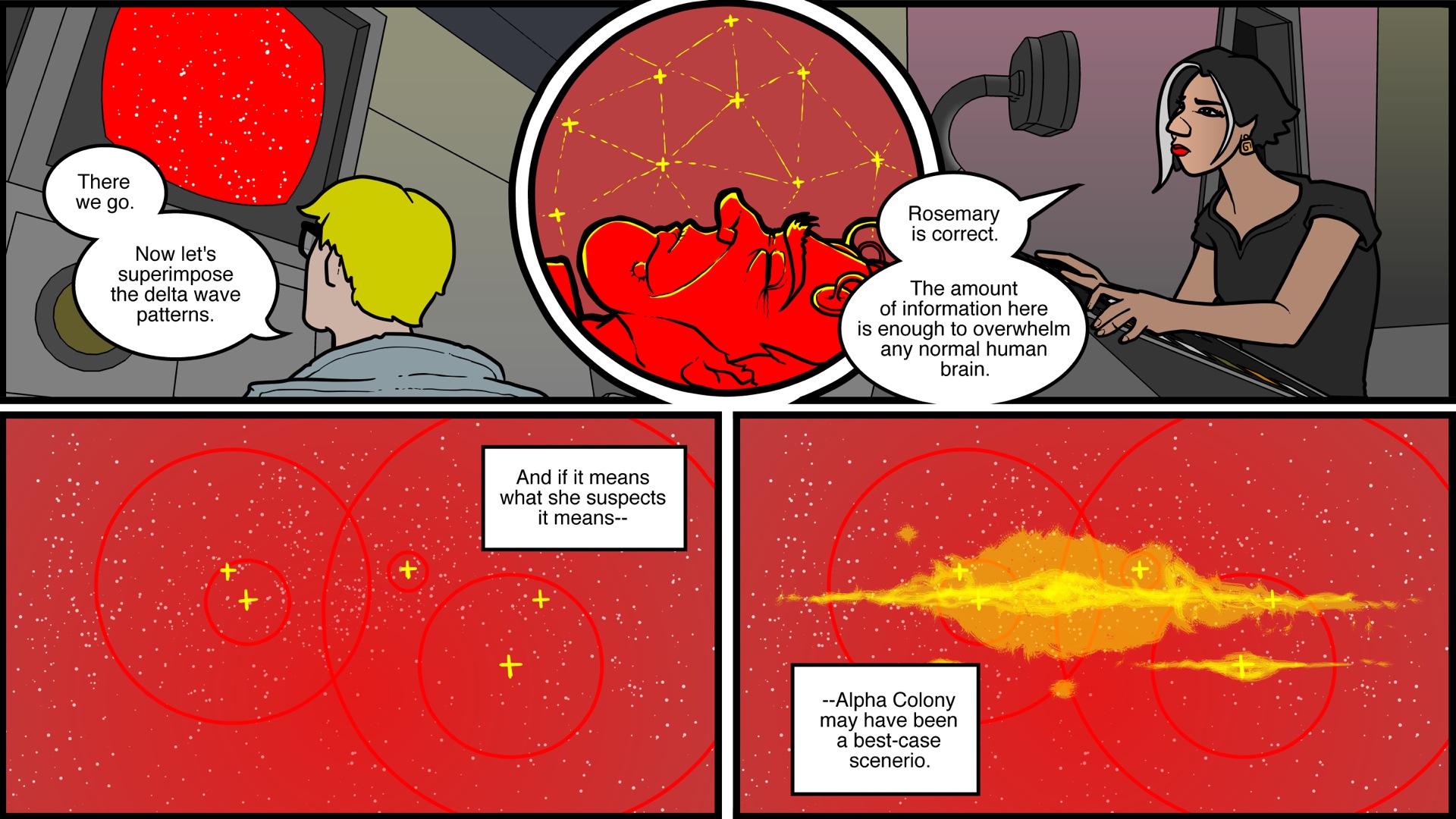 Alpha Colony, dubbed Providence by its settlers, was deposited on a tidal-locked planet by a crippled Westward near the end of her first voyage. There were several challenges: First, the planet was less than ideal for colonization, selected as a last-ditch effort to complete Westward’s mission. Second, it was inadvertently settled 250 years in the past because of an error in Escherspace navigation. Finally, it turned out to be home to a crashed scout vessel with Nazi markings that had laid dormant beneath the planet’s surface until Westward’s radio waves woke it up. Inside was an autonomous mechanism containing the long-dead corpse of its pilot that left a trail of destruction in its wake, nearly crippling Westward and re-engineering one of the colonists into a mechanical monstrosity like itself. As Westward left Alpha Colony behind, Captain Carter ordered the colony’s existence wiped from the records, lost in time and space and hopefully able to avoid using technology that might attract more unwanted attention.

Don’t forget that Westward needs your help to keep being published! If you’re enjoying Westward and would like to continue enjoying it, please show your support and become a patron. Thanks, Pioneers! -e