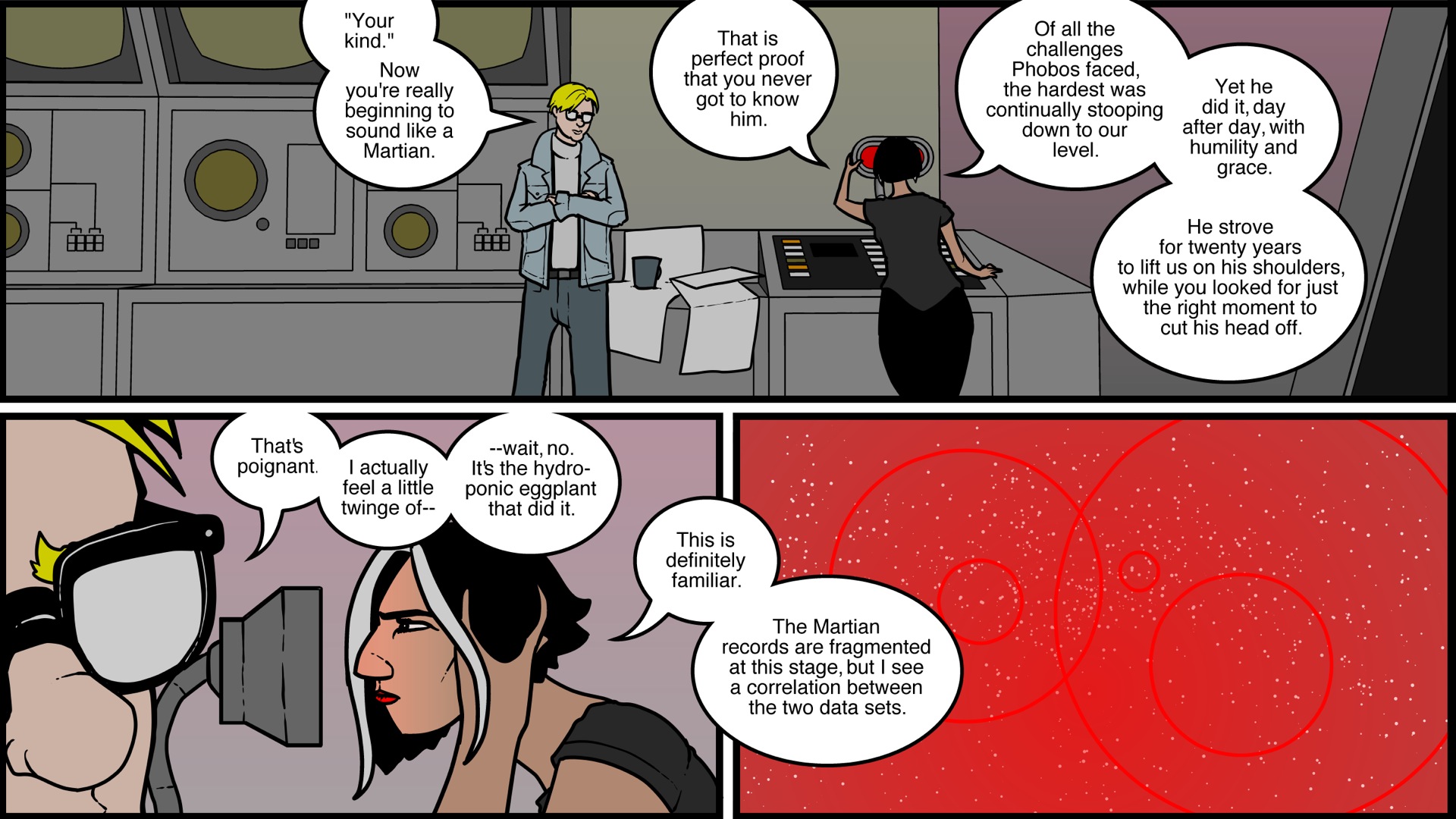 A lot of the relationship between Mars and Earth has yet to be explored in Westward, but there have been several allusions to a less than rosy past. Carter, Faust, Schultz and Deimos (The First Scientist) have all mentioned a time when humans were subjected by Martians and revered them as giants if not gods. This is a template that seems to have been followed closely by Deimos, but interestingly enough not by his younger counterpart, Phobos. During his time with humans, he played a supporting role, using Martian technology to aid them in their endeavors. Of course, Ben doesn’t see it that way. Even before he discovered that the Escherspace engine Phobos built drew its navigational data from the Westward crew’s unknowing, subconscious minds, he believed that Phobos was manipulating humanity in true Martian form–just more subtly.

A quick reminder: Westward is made possible by small monthly ‘tips’ from readers like you. Right now, those donations amount to $76/month, but in order to be really viable as a long term, ongoing project that isn’t subjected to delays, interruptions or hiatuses, it has to earn at least $250/month. Reaching this benchmark by the end of 2015 may determine whether Westward will continue beyond that point. If you enjoy Westward and would like to see it continue and even expand in the future, please become a patron. In addition to perks like exclusive access to the parallel comic strip, Arizona, you’ll get the satisfaction of knowing that you’re helping to keep Westward flying–with my deepest gratitude. Thanks, pioneers! -e