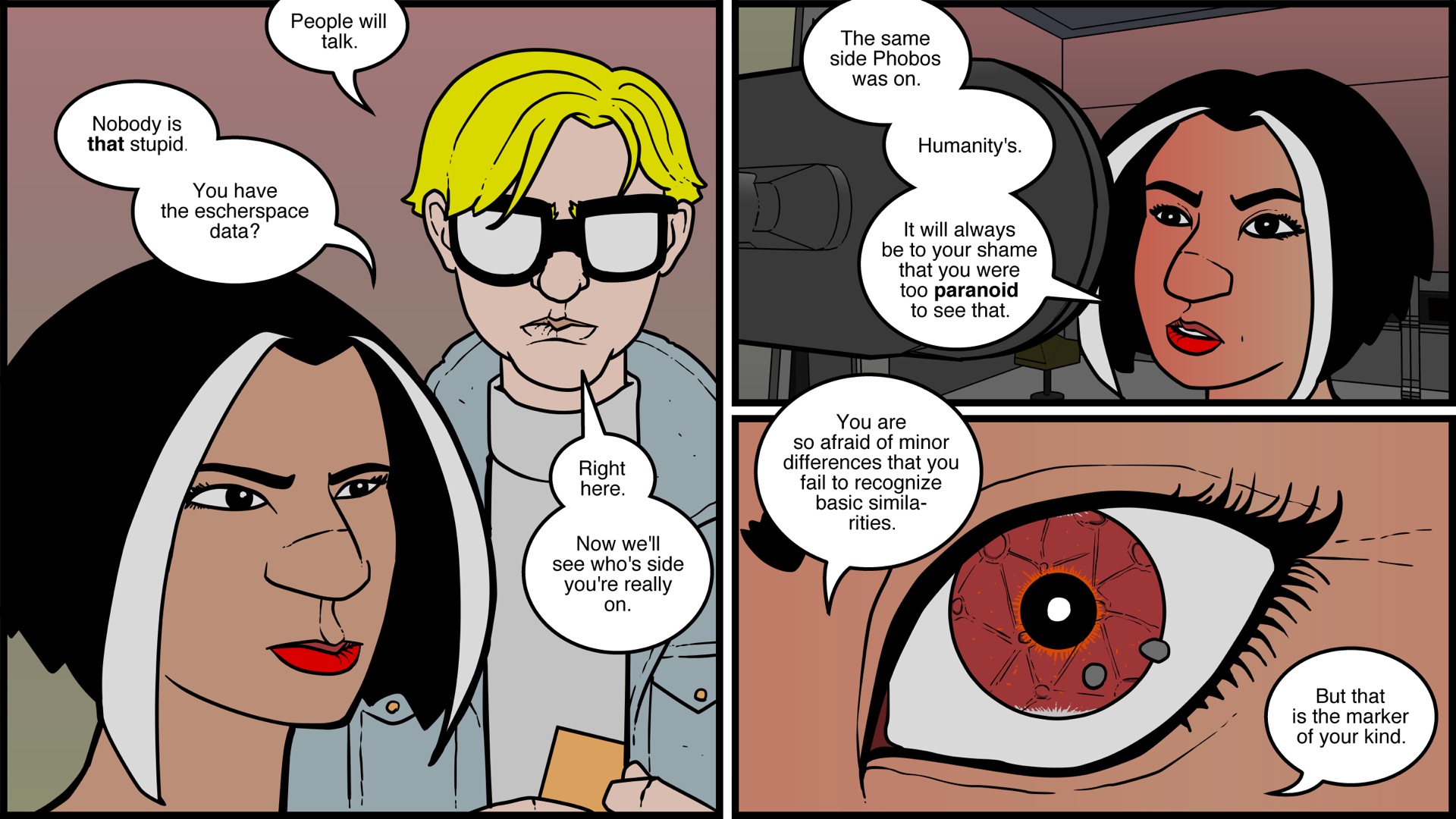 Amila Santana had a comparatively long history with the Martian Phobos, having known him since the inception of the Westward project and been privy to more of his secrets than most. There also may have been a hint of romance in their relationship. In any case, their bond was strong enough that even when Phobos’ brain was returned to Mars, Amila felt that her place was with him. It was during her time in Mars’ womb, as it were, that she contacted Benjamin to warn him off his course at the time. Despite Ben’s hatred for the Martians and their agendas, Amila has never written him off entirely. But does she know that Ben is responsible for Phobos’ death? -e