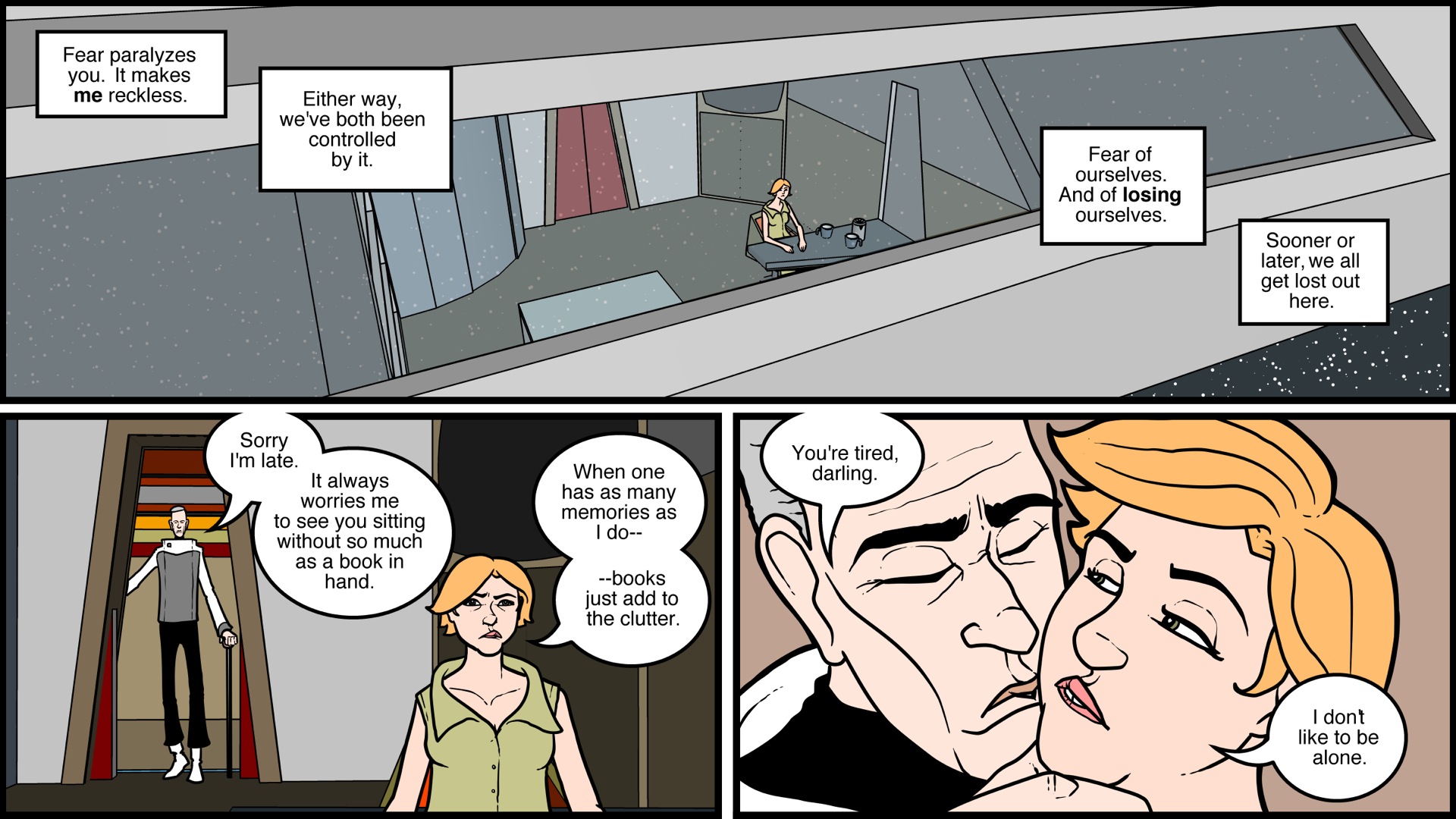 The caption text here is quoted from Rosemary in a conversation she had with Francis after he placed her in solitary confinement for a time for being a Nazi spy. Their relationship has always been mercurial, and the brief rocky period was soon followed by a tipsy marriage proposal that it would seem Rosemary eventually accepted. -e