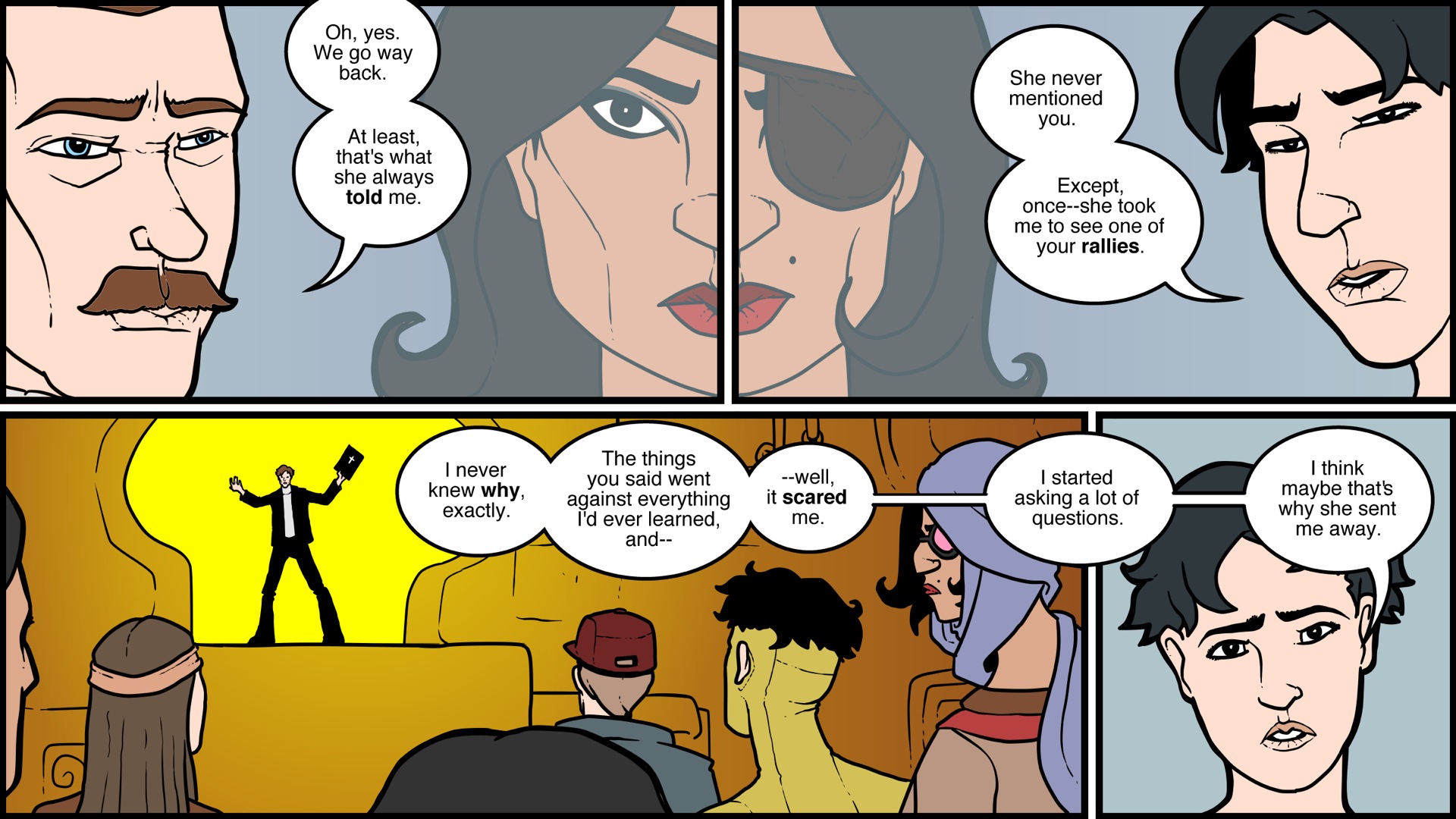 We were first introduced to Lazarus not long ago (sequentially speaking) as a young member of the Scientific Society under the supervision of Anka. Anka has also played a central role in Lamont’s life. She was Lamont’s childhood friend in the Society. When he returned to the Society after spending time as a sleeper agent in London, she was his companion–and ultimately his accomplice when he rejected the society and asked her to brainwash him into forgetting everything about it. She accomplished this task so well that, having escaped the mock prison she had created for the purpose, Lamont tried to kill her. He thought he had succeeded until he met her again on Mars, where she once again aided him: This time by facilitating his reintroduction his estranged wife, Elizabeth, who was now–and perhaps always had been–also an agent of the Society. She, naturally, no longer remembered him.

Apologies to all of you for the publishing hiccups this week. I’ve been buried in work and am crossing my fingers that Westward’s buffer will hold long enough to maintain a regular publishing schedule despite several weeks of almost no new production. A big thanks to Westward’s patrons, who live up to their nickname of “Pioneers” by supporting Westward toward a better and more viable tomorrow! -e