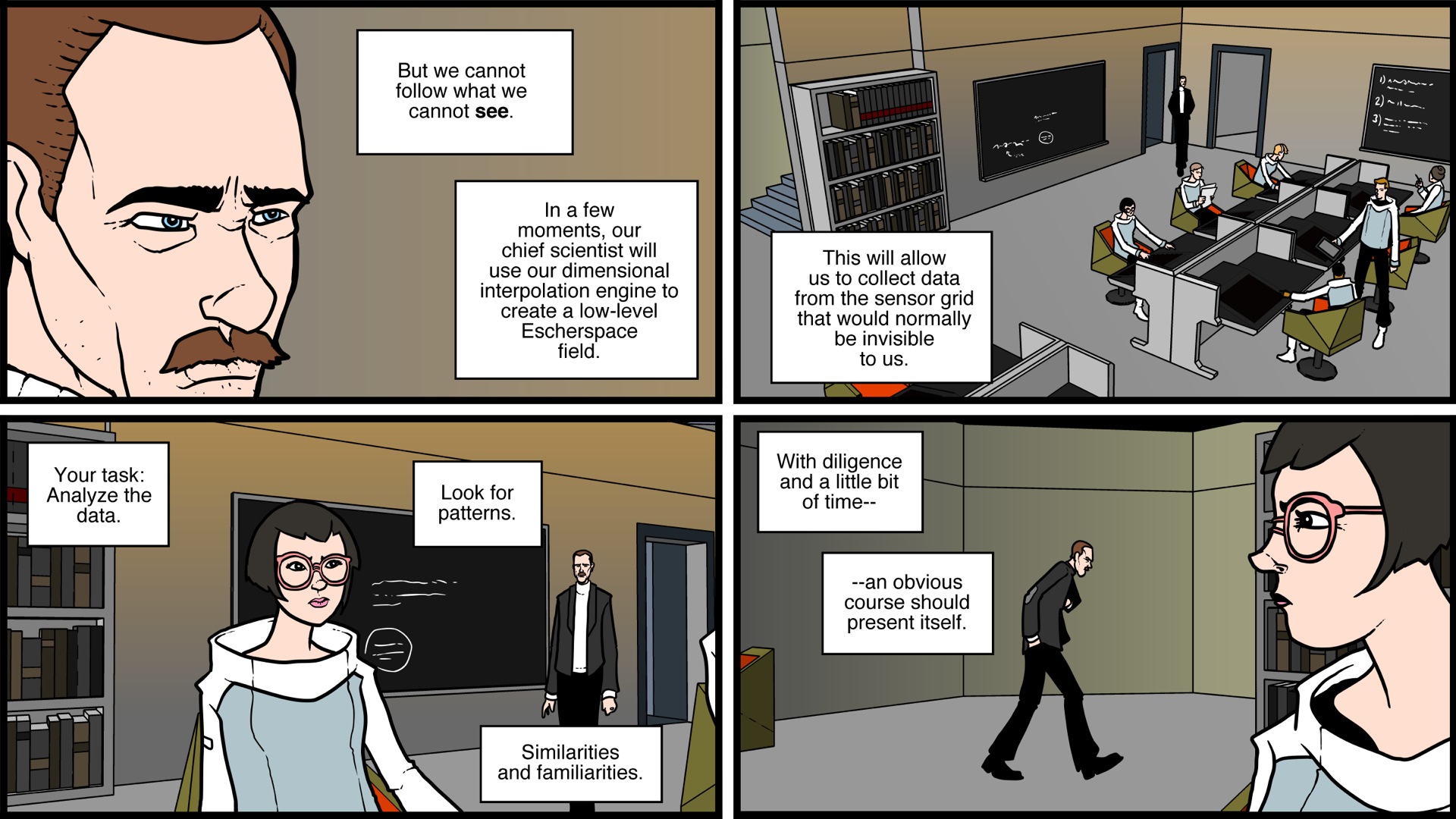 Lamont Townsend has had bad luck with women. In 1989, he left his wife to take a journalistic trip to Tibet, where he was captured by communists and spent five years in a prison camp. Except it turned out that the communists and camp weren’t real–they were actually an elaborate fabrication meant to wipe from his mind the experience of being returned to his childhood home, the Scientific Society, for which he was an agent. This was all orchestrated at the hands of his old friend, Anka. He returned home to his wife with a head full of fake memories, but was unhinged and unable to return to a normal life, leading him to take a position on Westward and leave her behind for a second time. During his time on Westward, he formed a relationship with Whitney, a married colonist. The relationship came to a messy end when she was left hundreds of light years away and over two centuries in the past with the rest of the colonists. Plagued by guilt and grief, Lamont began to search for a way to reconcile with his wife, Elizabeth. That plan was complicated when, upon his arrival on Mars, he had a chance meeting with Anka, who revealed that his wife was also an agent for the Scientific Society and was back in their fold–all memories of Lamont having been neatly wiped away. Well, that’s a rough overview anyway. -e