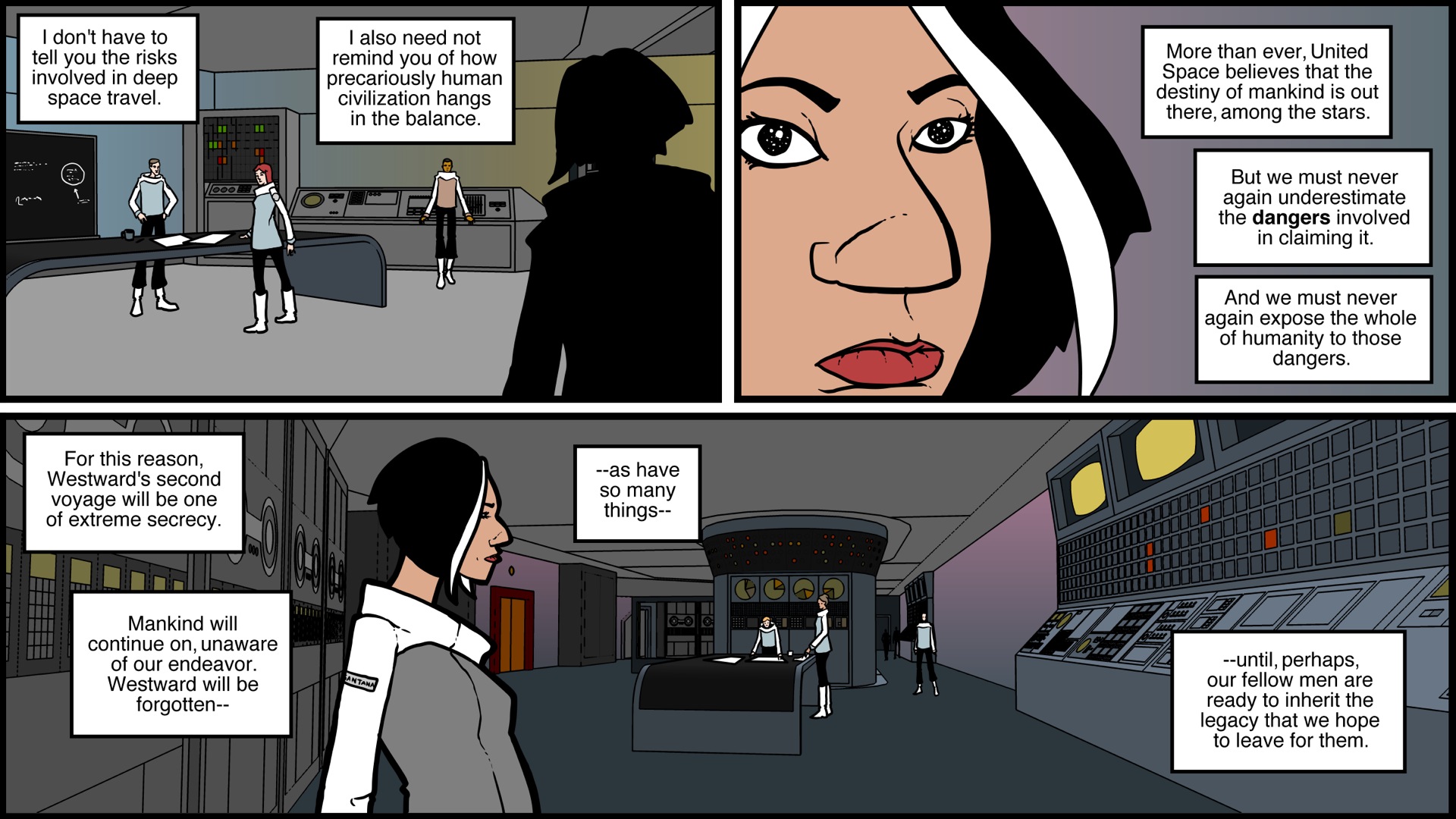 You may recall that secrecy ended up being the order of the day after Westward’s previous mission. Having planted a colony on an alien planet (Alpha Colony, which the settlers dubbed “Providence”), the crew of Westward realized that it was their radio signals that had awakened the biomechanical Nazi behemoth buried in the crater of that world’s own tiny, ancient Epiphany event. To try to keep the planet safe, Captain Carter wiped the colony’s existence from the records and directed its settlers to lead simple, low-tech lives. Now they know that any step into deep space could take them into similar danger. -e