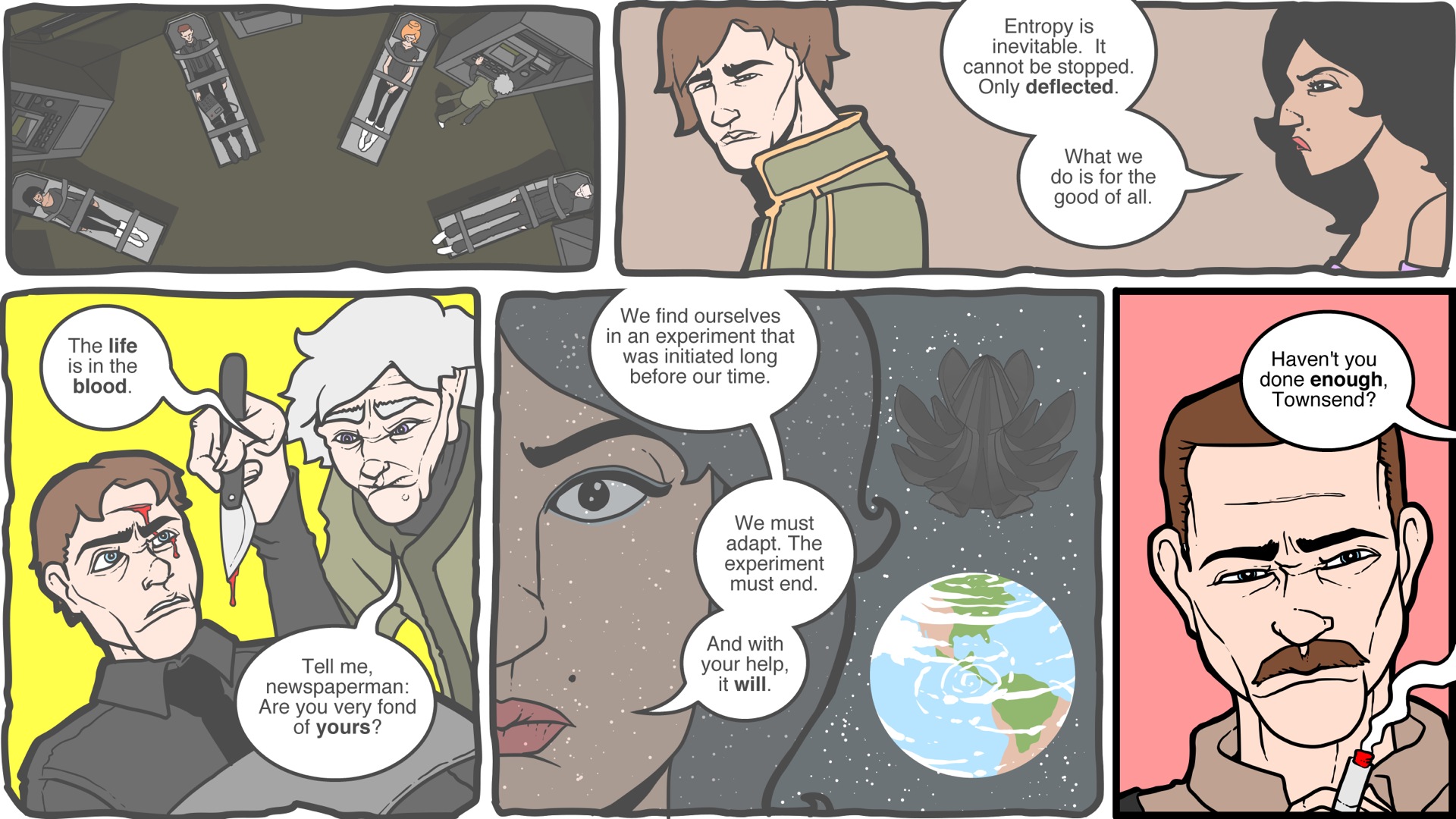 Witness the return of our old friend, central character and occasional narrator of Westward, Lamont Townsend! Lamont has been on an incredible and mind-bending journey over the course of Westward so far, with so many twists and turns that it would be silly to attempt a summary. Most of the flashbacks seen in this strip, however, are from Episode Five: Ghosts and Episode Six: Ascension. Here’s a quick cheat sheet:

Panels 1 & 3: In Westward’s last Escherspace jump, six people chose not to undergo the typical “normalization” procedure, afraid that one among them might be responsible for sending Westward back in time. When Lamont awoke after the jump, he discovered that Doctor Faust, who had not sedated himself during the jump, was the new host for an incorporeal alien entity who attempted to destroy Westward in Episode Two: Weight of Ages.

Panels 2 & 4: About nine years ago, Lamont thought that he had been captured by communists in Tibet, but actually was returned to his childhood home, the secret underwater city known as the Scientific Society. There, his childhood friend, Anka, explained that he was being subconsciously conditioned to play a crucial role in correcting an imbalance in the fabric of Earth’s reality. These memories were then wiped from his conscious mind, but began to resurface after his first Escherspace jump.