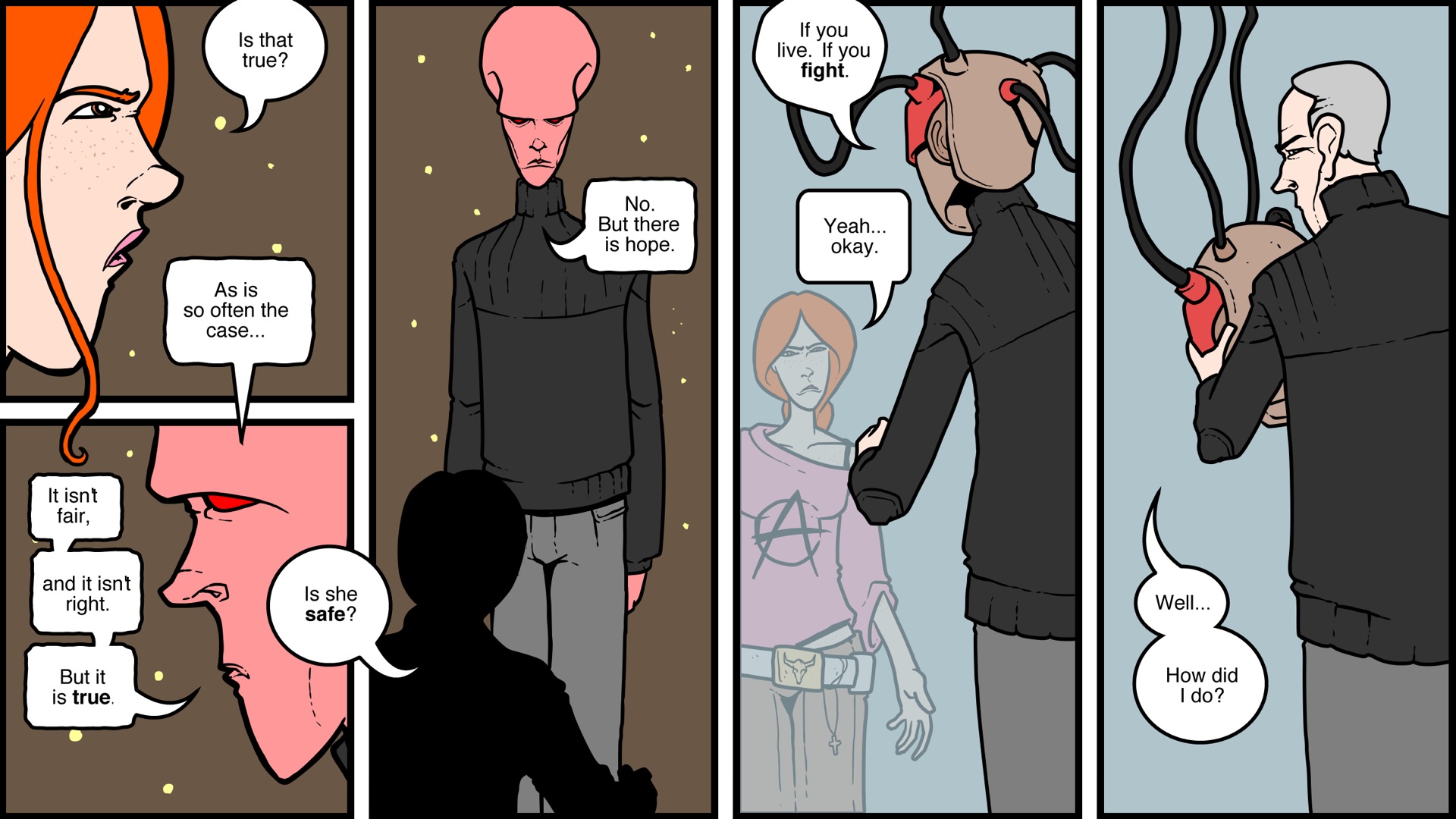 There was a bit of a mystery in the fact that Phobos died the better part of a year prior to his post-apocalyptic conversation with Arizona as seen at the end of Episode Three: Purgatory. We knew from that conversation that Phobos wasn’t really present in the underground chamber with Arizona, but that he was using communication technology similar to what agents for the Scientific Society use to spy on parallel dimensions. Well, now the question is finally answered–was the previously decapitated Martian brought back to life? Nope, at least not for this encounter.

But not to worry, in a story like Westward, not everything that dies stays dead. Like Rex Donovan–or for that matter, Westward itself! After a year’s hiatus, Westward is well and truly flying again, and it has every chance of flying higher and farther than ever before! That’s thanks to Westward’s supporters, who use the Patreon service to get behind Westward with small monthly donations. As support increases, Westward will start meeting milestone funding goals that will allow me to provide you with better content more often. And as my way of saying thank you, every week I hook supporters up with insightful commentary, behind-the-scenes sneak peeks and valuable bonus content. It’s like an all-access backstage pass to Westward. Check it out! -e