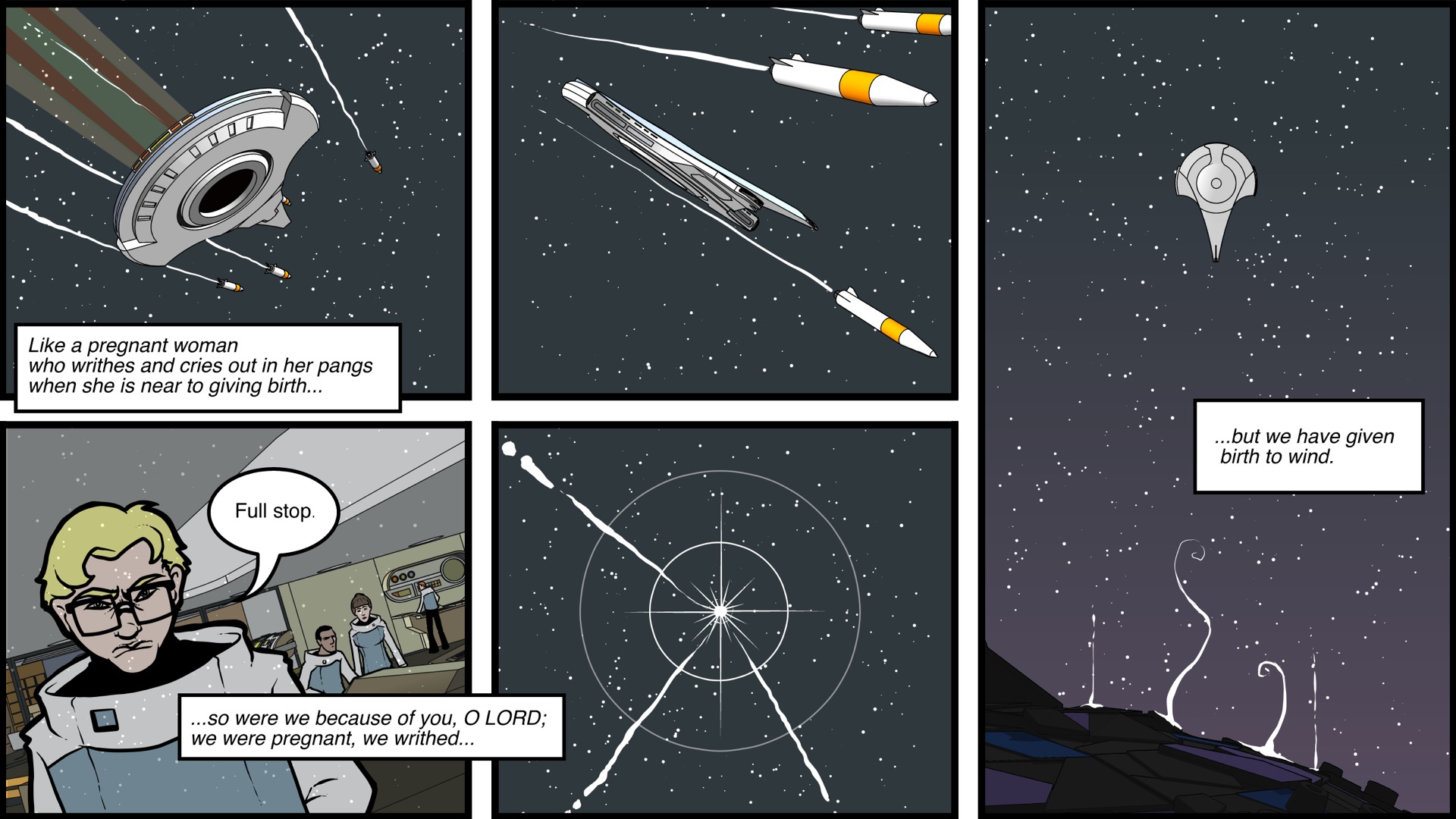 Welcome to the relaunch of Westward! If you’ve read the archives up to this point, you’ll recognize the fellow in panel 3 as Benjamin Schultz, son of Frederick Schultz, who runs United Space and much of Western civilization besides. Ben first appeared on Westward disguised as technician Ed Spratt, a pseudonym given to him so that he could prove himself to his father without being given special treatment. Ben returned to the Solar system with a massive chip on his shoulder, a serious problem with Martians, and the looming challenge of the end of the world thanks to the massive alien vessel (or “seed”) hurtling toward Earth and seen in the final panel. If you haven’t read the archives, there’s no time like the present! -e