Westward is a science fiction comic strip produced by Elliot Toman. Drawing inspiration from classic sci-fi like Star Trek and Forbidden Planet, it tells the story of mankind’s first journey into interstellar space using technology far beyond their comprehension, and of the strange and often disastrous consequences of opening a cosmic can of worms with each fearful choice.

First published beginning in January of 2010, Westward now consists of over 1,100 strips. The story is serial in nature, following a group of characters forward and back in time as they grapple with cosmic dangers and with their own personal demons. Though it has its fair share of adventure, romance and even a little comedy, Westward is complex and often challenging. The best way to read it is definitely to take the time to start from the beginning. You can read the story in big episodic chunks using the archive. For an overview of the story’s broad arc through (alternate) history, check out the timeline–but beware of spoilers!

As of 2021, the Westward comic is no longer being updated. Instead, the story of Westward and its crew is being revised and expanded in daily installments at Page of Pulp. The long-form adventures are a reimagining of the story in which many elements will be familiar, while many others are new and unexpected. I hope that you’ll feel free to read and enjoy the comic strip for what it is. 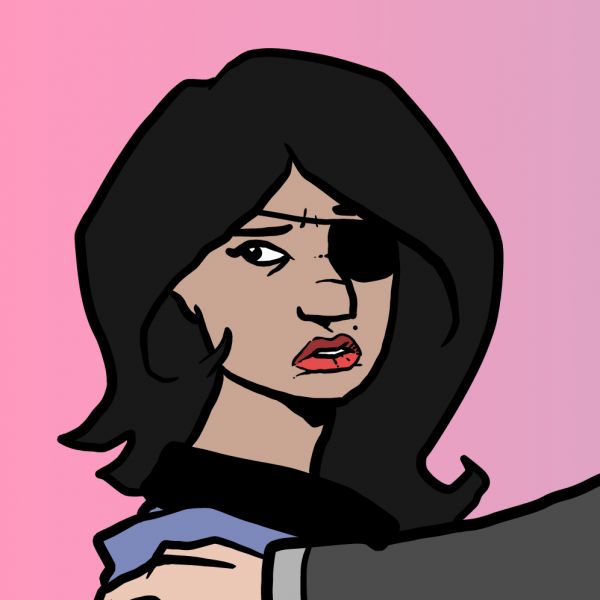 A citizen of the Scientific Society and close assistant to Deimos, the First Scientist. Anka plays a central role in Lamont’s life; she was his close childhood friend in the Society, and she was responsible for overseeing his torture and brainwashing when he wished to leave it. Most recently, she has tried to help him bring his estranged family back together. 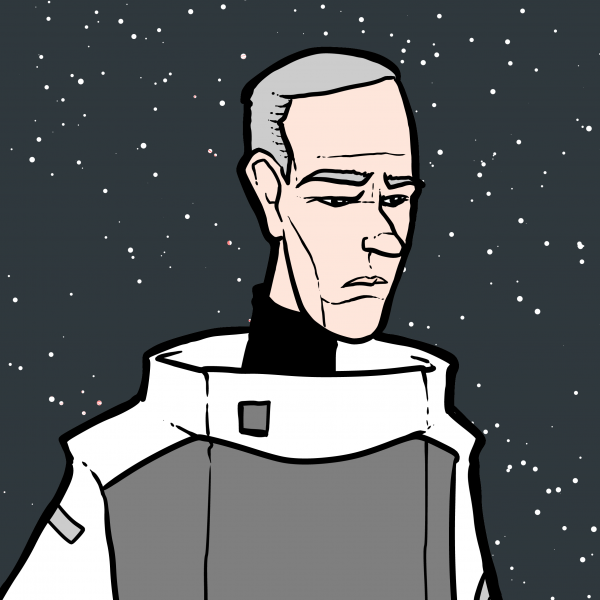 Legendary pioneer of space travel and captain of Westward. Carter returned from Mars in 1985 with a real-live Martian, Phobos, who ushered in the present era of interstellar travel. Plagued by self-doubt, Carter is deeply torn between his heroic reputation and the mistakes he’s made as captain of Westward. 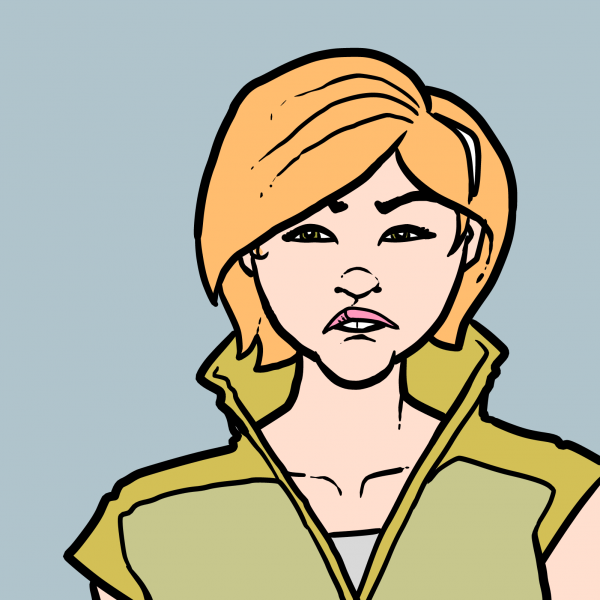 A self-professed Nazi spy, Carter is Westward’s chief physician. As the genetically engineered creation of a mad scientist, she has a long history that she is actively trying to put behind her by adopting a new life as Captain Carter’s wife. Rosemary comes across as manipulative and willfully impulsive. 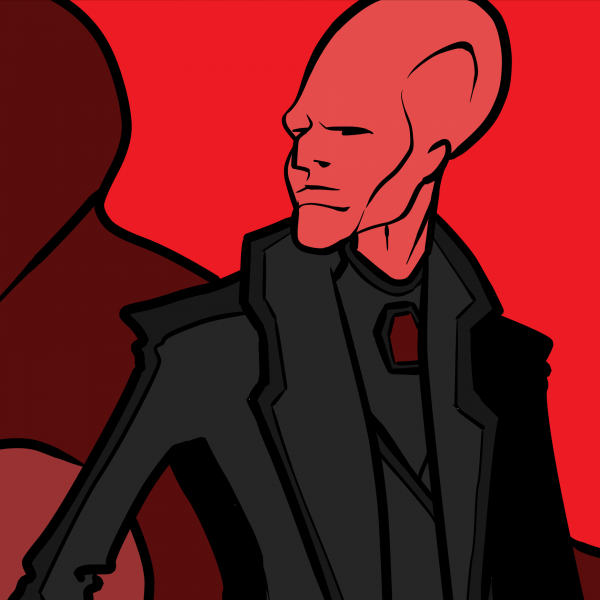 Known as the First Scientist, Deimos is the Martian founder of the Scientific Society. He is older than Phobos, but his exact origins appear known only to himself. Like Phobos, he sees himself as a preserver of the human species, but has pursued it by a very different method. 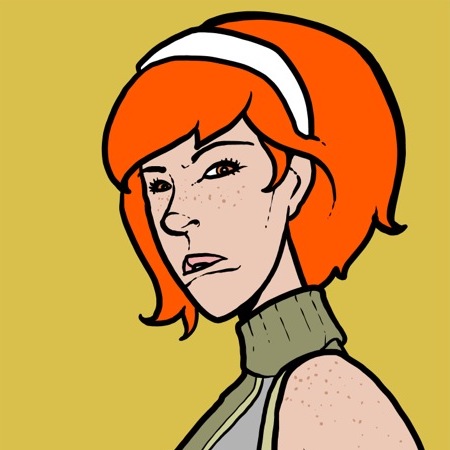 A teenage girl who lives with her adoptive father in the Hellas Colony of Mars. Alice is Rex Donovan’s sister, but after Rex’s death, she is the only person on Mars who remembers him. Alice has an unexplained ability to manipulate time. 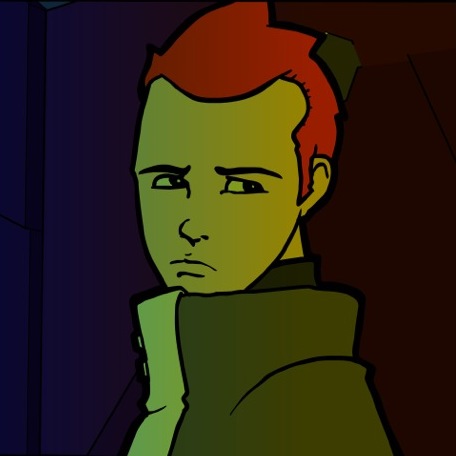 A bright and enthusiastic young crew member, Rex Donovan dies tragically during Westward’s first mission. He later appears as a ghost on several occasions, serving as a somewhat perplexed harbinger of doom. 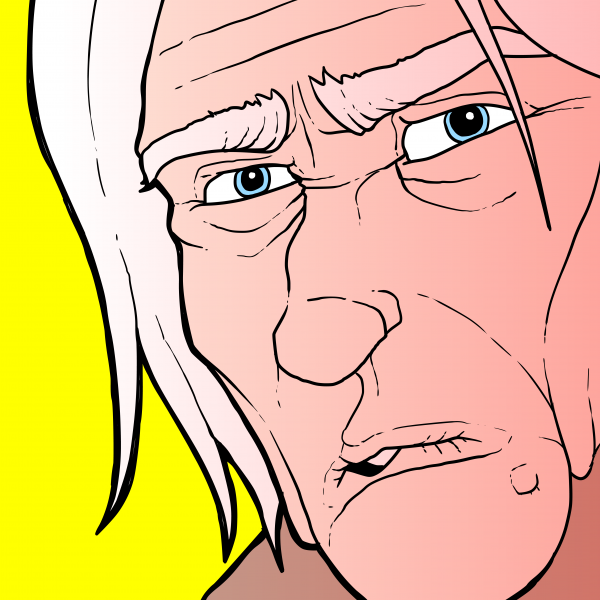 Westward’s original chief physician, Milo was an associate of Viktor Grafeneck who dedicated his life to learning what had become of the mad scientist and his work. His latest effort in this quest was to subject himself to madness. Milo is quarantined aboard Westward because his brain is the key to knowing where the monstrous descendants of Grafeneck’s super race can be found–and how they can be avoided. 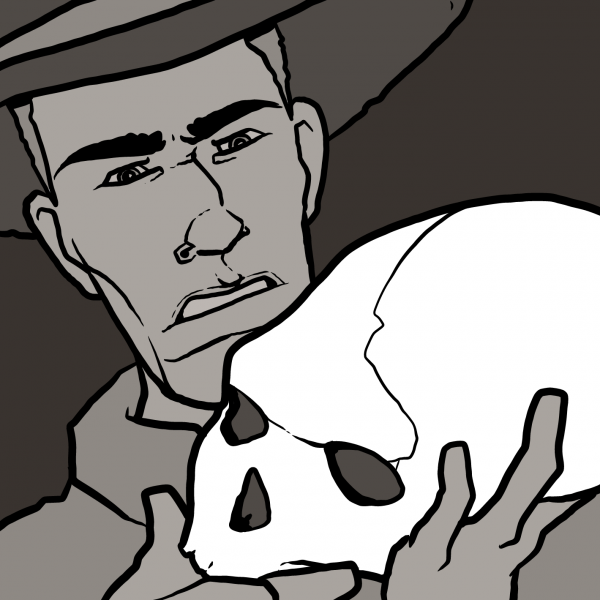 A brilliant scientist and archeologist, Grafeneck became a Nazi during the second world war when he discovered that human history had been profoundly shaped by Martian intervention. In 1949, he used ancient Martian technology to fling a genetically perfected race of humans deep into space and time, which in turn caused the apocalyptic event known as Epiphany. 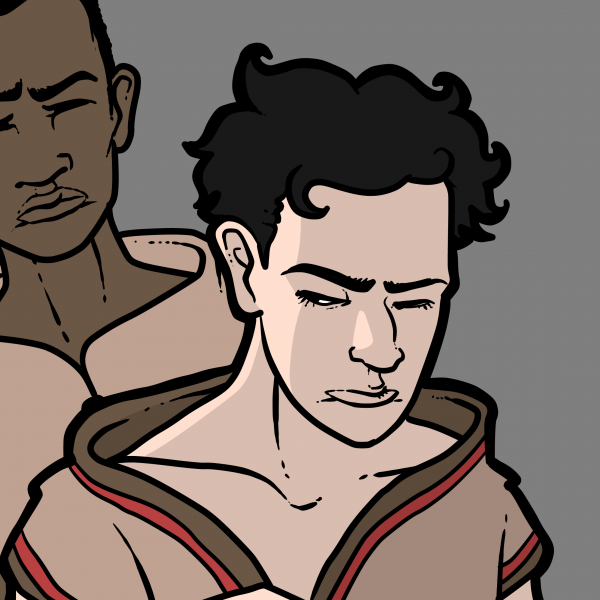 The youngest of Westward’s crew of space cadets, Lazarus is ten years old but tall and lanky enough to pass for a young teen. He is highly sensitive and intelligent, having been personally tutored by Anka in the Scientific Society. Unknown to him, Lamont Townsend believes that Lazarus is in fact his son. 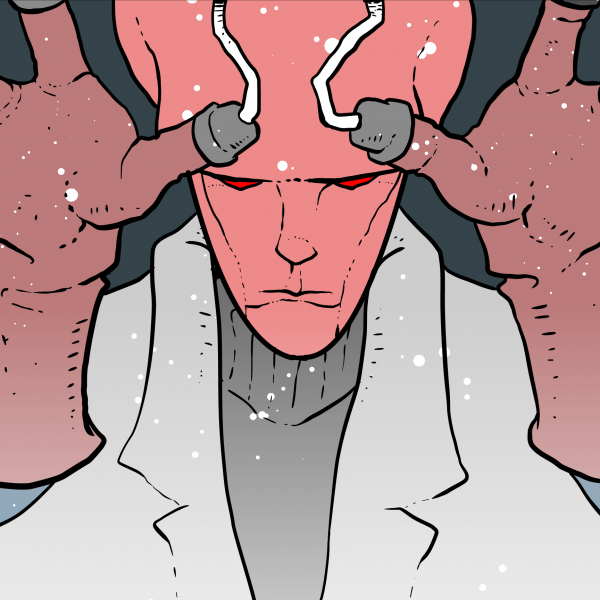 A Martian who was brought to earth in 1985 by Captain Carter. Popularly thought to be the last of his race, Phobos was actually fabricated in the depths of Mars by ancient machines, using some element of Carter as a template. Phobos was murdered by Benjamin Schultz and his brain was returned to its place of origin on Mars. 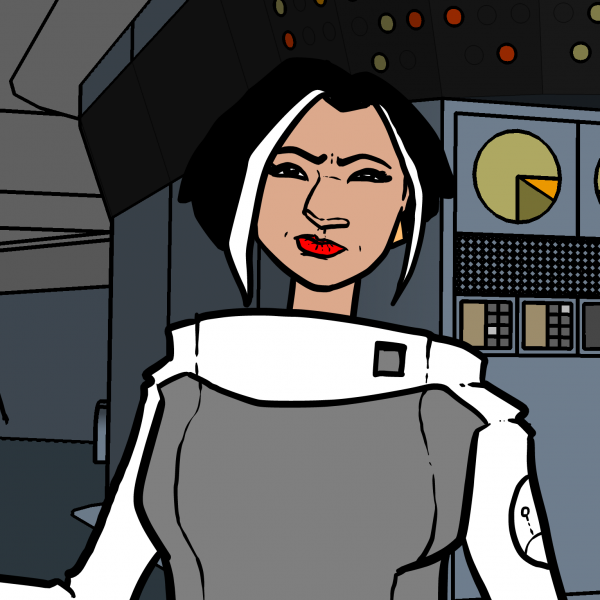 Westward’s Chief of Operations, Santana worked closely with Phobos on the design of the original Westward in the 1990s and formed a secret intimate connection with him. Her reputation for being high-strung conceals a deeply empathetic nature. 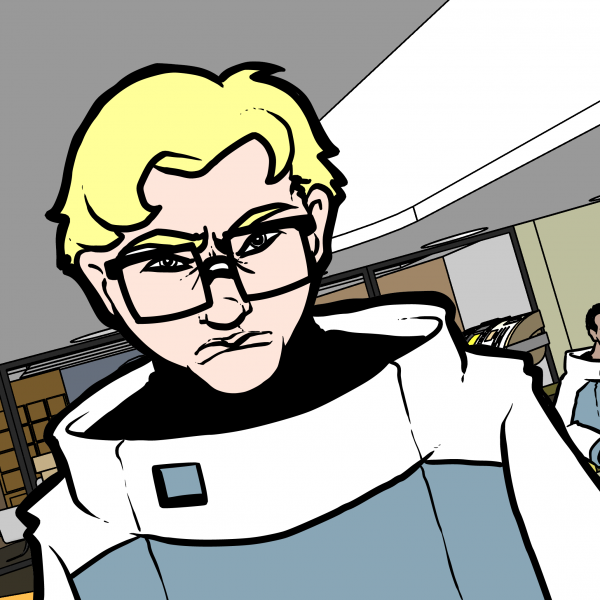 Westward’s chief technician, Benjamin joined the first Westward crew as Edmond Spratt, but was later revealed to be the son of the oligarch behind Westward’s mission and the grandson of Viktor Grafeneck. Self-obsessed and ruthlessly ambitious, Schultz is disliked by everyone aboard Westward–but everyone seems to owe him something. 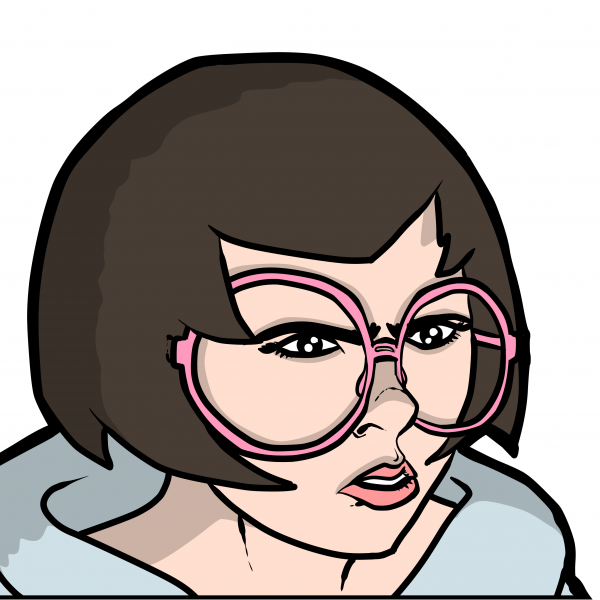 An analyst aboard Westward, Elizabeth knows herself as a lifelong member of the Scientific Society, but is remembered by Lamont Townsend as his estranged wife. 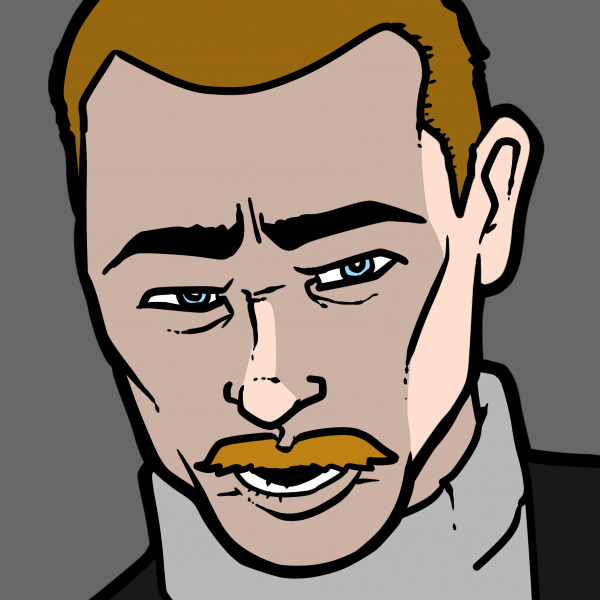 A newspaperman by profession, Lamont discovered that he was in fact a sleeper agent for the mysterious Scientific Society. His life is a tragic patchwork of fractured memories, broken relationships and unresolved regrets. Sensitive and moral at heart, he hides behind a veneer of sarcasm and dangerous charisma.

These characters appear in the alternate version of Earth depicted in episodes three and six. 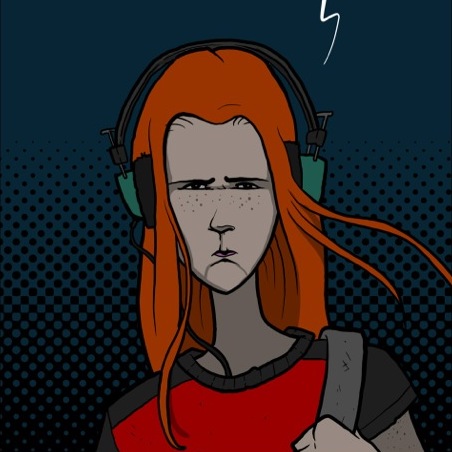 A teenage girl who lives on the outskirts of a tiny Southwestern town with her alcoholic father. She desperately wants to escape and live a normal life, but is hindered by the knowledge that the world is ending. Alice has an unexplained ability to control time. 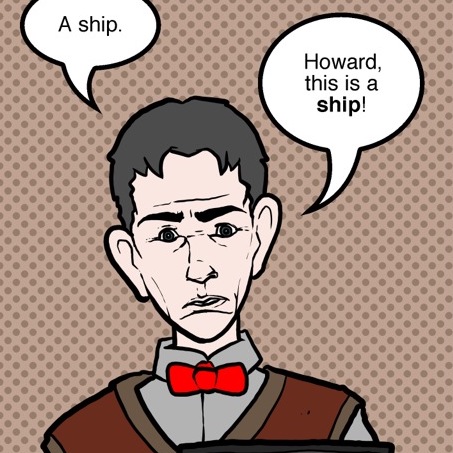 A disgraced former astronomy professor. Having lost his position in the 1980s after an inappropriate relationship with an underage student, Carter became a fringe scientist and conspiracy theorist. Little attention is paid to his dire predictions about the end of the world. 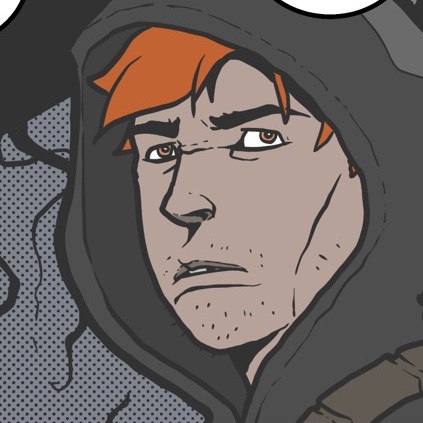 After passing through several orphanages and foster homes, Rex Donovan lived on the streets while making his way across the country to find Francis Carter, whom he believes is his estranged father. Rex is plagued by visions in which he sees the end of the world.